The Bodhrán: All you need to know before you have a go! 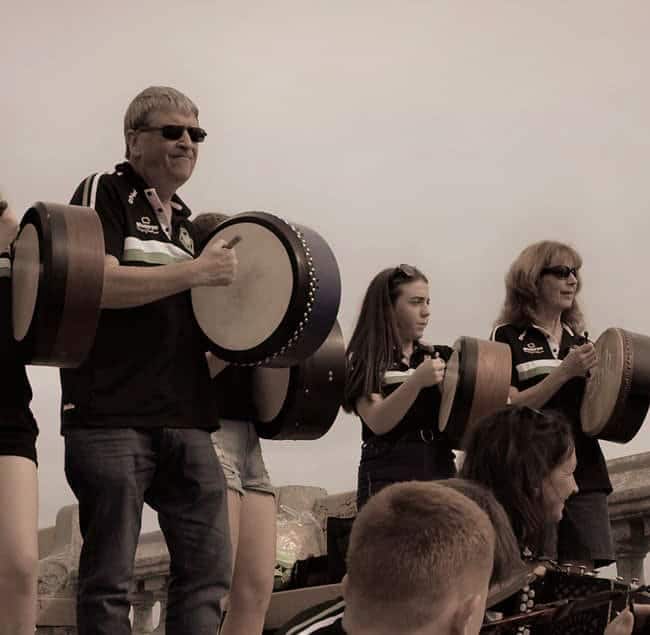 Fergal O’Brien, Bodhrán Tutor of The Traditional Arts Partnership South Armagh. This presentation includes Fergal’s launch of his online instruction manual Grade 2 Bodhrán Tutor & CD, the world’s first graded bodhrán tutor book for all ages (fourth edition). Bring a bodhrán with you if you have one, if not we will improvise. This event is part of Irish Arts Week and the DSG. DSG participants do not need to reserve a place in this workshop.

Fergal O’Brien hails from a family steeped in traditional music in Portglenone, County Antrim. Fergal became interested in traditional music through his mother Ann, an All Ireland Slow Air Fiddle champion, in the late 70’s. His brother and sister were members of Deánta and his first group Clann Lughaidh were double All Ireland Slogadh winners in 1979 and 1980. Clann Lughaidh went on to appear on BBC’s ‘As I  Roved Out’ and performed for two years at the Interceltic Festival in Lorient. Fergal plays piano, concertina and bodhrán.

He has been teaching bodhrán at beginner, intermediate and advanced levels since 1986 in Belfast and from 2006 with the Traditional Arts Partnership. In 2016,  following the first graded bodhrán syllabus from the London College of Music & University of West London, Fergal introduced grades into his bodhrán teaching. He went on to publish the world’s first graded bodhran tutor book with his colleague René de Kat and the support of TAP  (www.bodhrangradetutor.com).