Appreciating the Greatness of Seán Ó Riada and Mise Éire 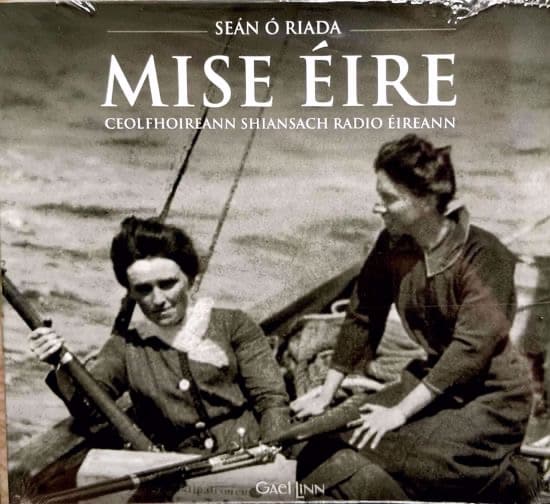 Understand Seán Ó Riada’s musical genius and the role of Gael Linn in creating the first ever full-length Irish Language film, based on actual newsreel footage, covering the struggle for Irish independence from the early 1890s to 1917. Réamonn Ó Ciaráin, Director of Education with Gael Linn, presents on Mise Éire’s emotional and cultural importance. This is followed by a conversation with Dáithí Sproule on its impact on traditional music in Ireland. Their presentation concludes with the film showing of Mise Éire (1960). There will be time for questions and answers following the film showing.

Seán Ó Riada’s transformational film score continues to awaken something deep within the national psyche while George Morrison’s painstaking film reel editing and direction still stir the heart of the Irish nation. 2021 saw a half century elapse since the untimely death of Ó Riada at the age of 40. It is fitting that his work and his influence are revisited during Deireadh Seachtain na Gaeilge at Celtic Junction Arts center which holds a full collection of all Gael Linn’s available music in the Eoin McKiernan Library including 10 groundbreaking recordings capturing the musical genius of Ó Riada. Morrison’s 1960 film combined powerful moving imagery and deeply meaningful narrative with Ó Riada’s stirring musical arrangements.

This event is FREE for participants in the Deireadh Seachtaine Gaeilge (DSG). Members of the public who would like to attend must pay the $15 fee. 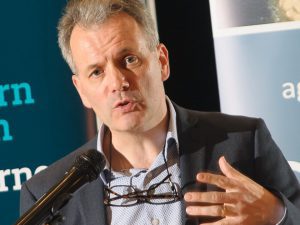 Réamonn Ó Ciaráin has worked with Gael Linn since 1993 and is Chairperson of Aonach Mhacha, sister center to Celtic Junction Arts Center in Armagh. He is author of three books on Cúchulainn, Ireland’s foremost mythological warrior. Réamonn was born in Crossmaglen and now lives in Milford in County Armagh. Translations by Réamonn have been performed at Imram, International Irish language Literature Festival in Dublin in 2018 and 2019. He was guest-speaker at Milwaukee Irish Fest Hedge School in August 2019.

Dáithí Sproule started out his career in the influential group, Skara Brae and is a member of the internationally renowned Irish band Altan. Dáithí is an avid Irish language speaker and scholar. He earned an MA in Early and Medieval Irish, and worked as an editor for an Irish language publisher before coming to the U.S. His scholarship on Early Irish poetry and history has been published in Comhar and Ériu. He has taught at University College Dublin, the University of Minnesota, and the University of St. Thomas, and is an instructor at the Center for Irish Music in St. Paul.