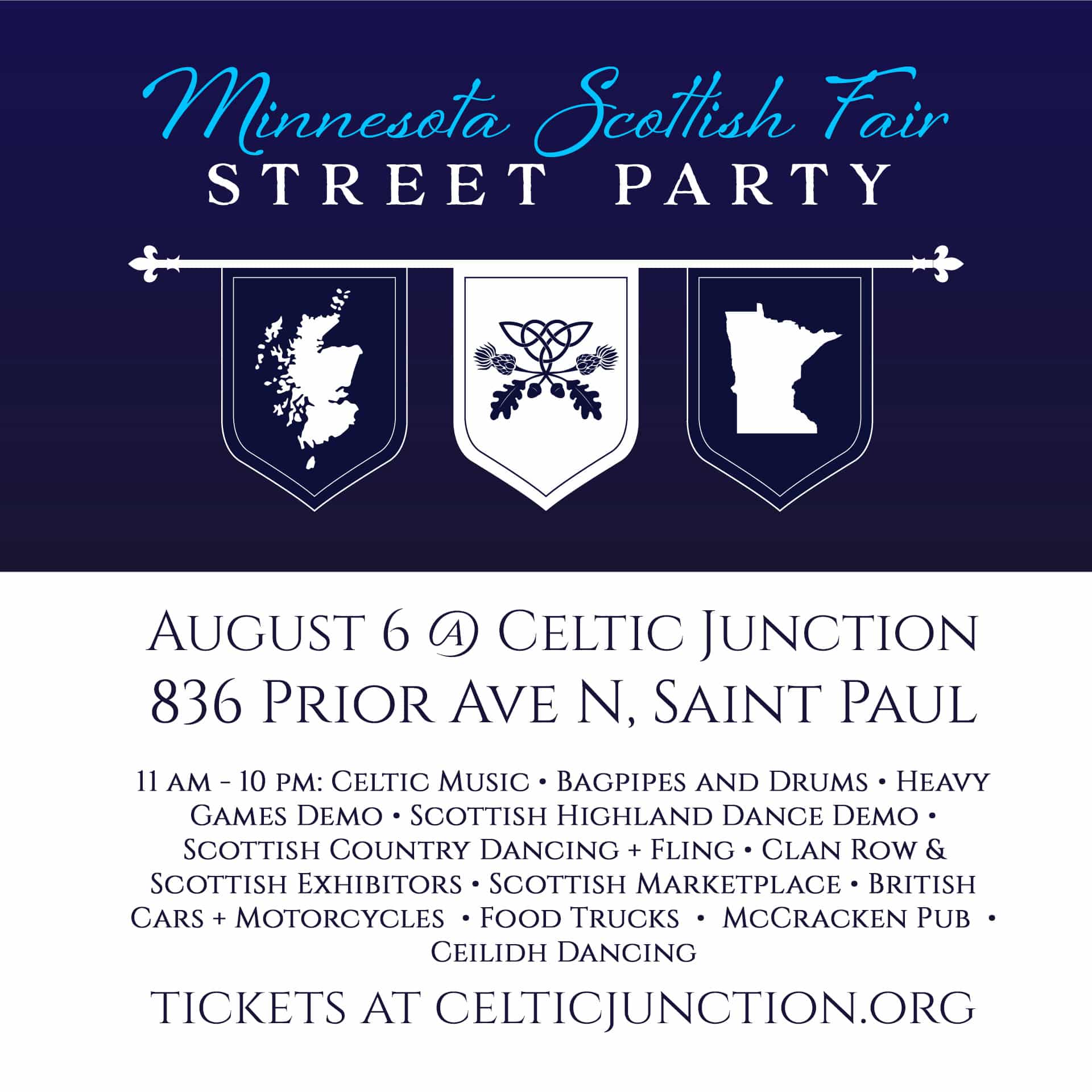 Announcing the 2022 Minnesota Scottish Fair Street Party! Please join us at the Celtic Junction Arts Center in St. Paul to celebrate all things Scottish on Saturday, August 6th! Online ticket sales end an hour before the event begins. Pay admission at the gate all day! Youth 18 and under receive free admission.

From 11 am-10 pm, join us for an in-person event at the Celtic Junction’s outdoor stage. The afternoon will be booked with live events featuring musicians and performers followed by an evening of Ceilidh dancing with The Gunn Slingers. Music by Stephanie Claussen, Dick Hensold & Guests, The Northerly Gales, Laura Mackenzie with Dáithí Sproule & Guests, and Adrienne O’Shea. The Gunn Slingers kick off the ceilidh at 6 pm! 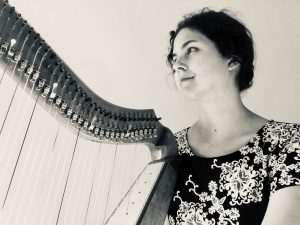 2018 US National Scottish Harp Champion Stephanie Claussen is a performer, harp teacher, and arranger. She performs her own mixture of Scottish tunes, J.S. Bach, Debussy, and anything that sounds medieval or French. At the age of twelve she won first place in the Macalester Scottish Country Harp Competition in St. Paul and was named “Most Promising Harpist.” Claussen obtained her B.M. in harp performance from the University of Minnesota under the instruction of Kathy Kienzle, principal harpist of the Minnesota Orchestra. Claussen visited Scotland for the first time in 2018 to attend the Edinburgh International Harp Festival. 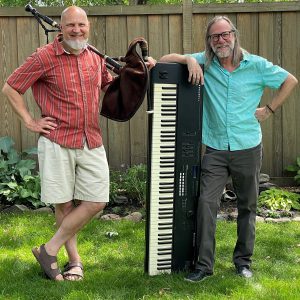 The leading Northumbrian smallpiper in North America, for the past 20 years Dick Hensold has performed and taught in England, Scotland, Japan, Canada, and across the United States. He is an active composer, writing both music in the traditional Celtic idiom, and in more elaborately-scored pieces. This repertoire is featured on his solo CD, Big Music for Northumbrian Smallpipes, released in 2007. He is also a studio musician and theater musician, and is a 2006 Bush Artist Fellow. “The piping is fluent and assured…his technique is impressive…delightfully interpreted” — FolkWorld CD Reviews 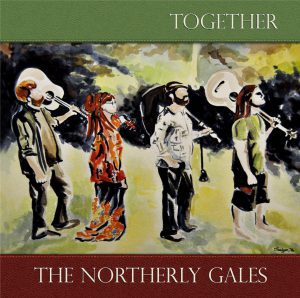 With soaring melodies and driving rhythms, TNG puts their own high-energy spin on Celtic Folk and Americana. Innovating and original in their own ways, while respecting the traditions that have borne this music through the years. They compose, they arrange, and they put on a rocking show. Whether you’re looking to tap your feet, forget your troubles, or just share a pint over some great tunes, look no further than The Northerly Gales. 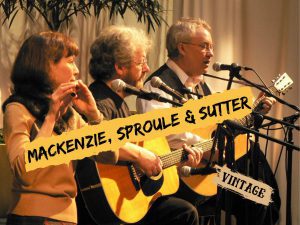 Ross Sutter and Laura MacKenzie have been singing and playing Scottish music together for eons. Often known as “Ross & MacKenzie”, they have enjoyed being on-stage at many a Scottish Fair, Scottish Ramble, and Burns Supper around the region. Their friend and colleague Dáithí Sproule has joined them individually for tours, local performances, and studio recordings, and as a trio they have also made the rounds. They are delighted to bring music and song to the Minnesota Scottish Fair Sampler 2021. Ross: vocals, guitar, bodhran; Dáithí: guitar, vocals; Laura: vocals, wooden flutes, whistles, concertina, Scottish smallpipes. 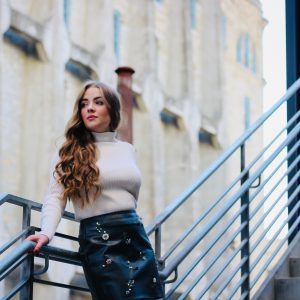 Adrienne’s musicality reveals a transcontinental experience, seeped in old-world style but with young, modern energy. Born in Dublin to a family steeped in Irish culture, and immigrating young to a unique Irish pocket in St. Paul, MN, Adrienne has feverishly sought and soaked up her traditional roots. She has studied music, dance, and language from the age of 4 under the tutelage of Norah Rendell, Cory Froelich, Seán Gavin, Brian Miller, and Dáithí Sproule. She holds multiple titles in flute, whistle, piano, and song from the Midwest Fleadh Cheoil, qualifying in nearly every event for the All Ireland Music Championships eight years running. 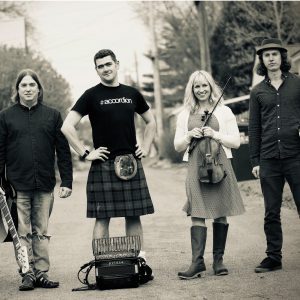 Total Scottish ceilidh funk in its wildest form! Formed by Scottish Accordionist Neil Gunn, The Gunn Slingers play a mix of traditional Scottish tunes with hard groove and high energy to create a night of dancing and craic you will never forget.