Steph Geremia & The Flyaways in Concert 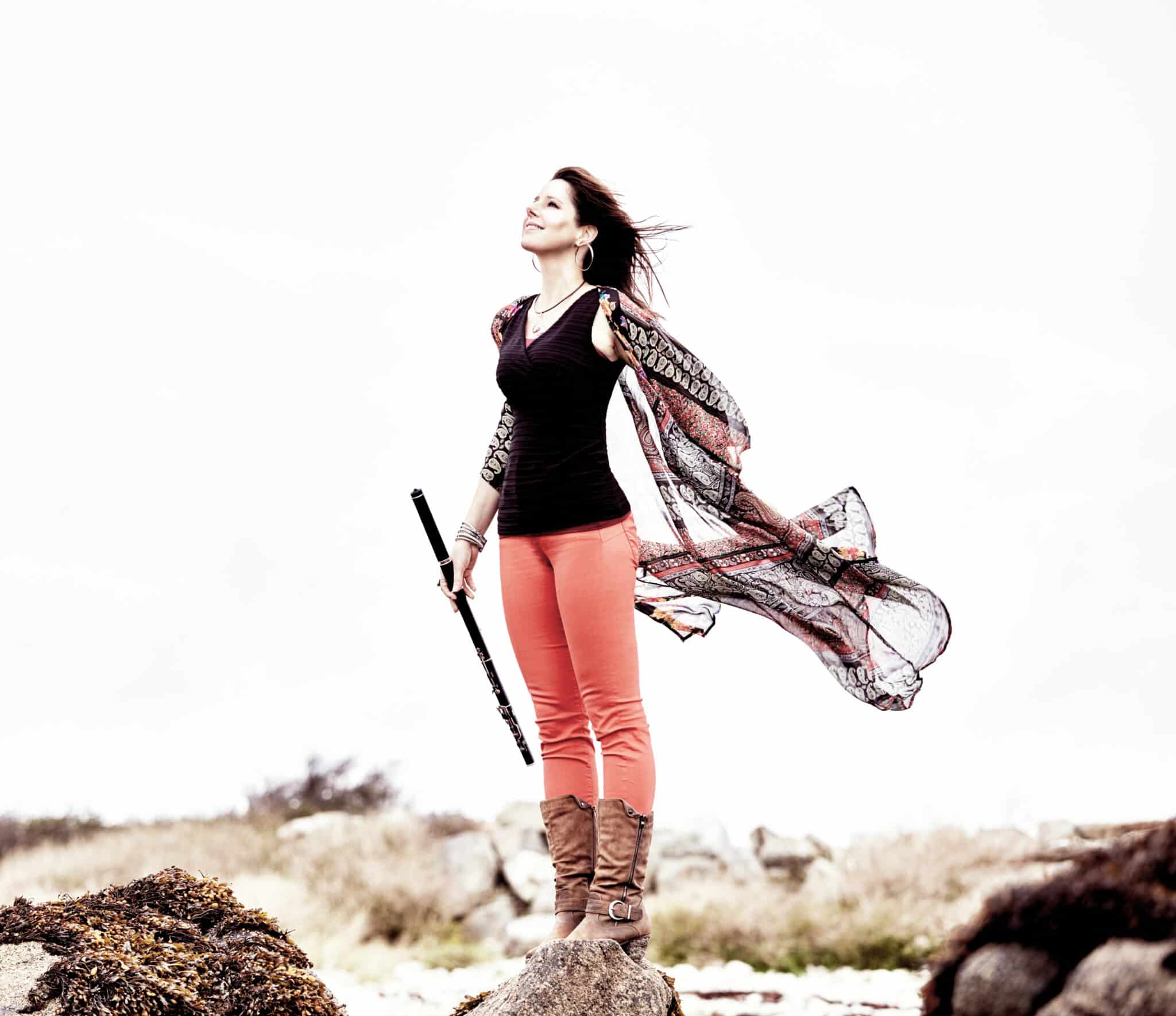 Irish American flautist and singer, highly regarded as one of the top musicians of her generation and perhaps best known as a mainstay member of the critically acclaimed Irish group, Alan Kelly Gang, Steph Geremia brings a wealth of musical scholarship to her love for Ireland’s North Connaught tradition, as displayed on her sparkling 2018 release Up She Flew. “Exceptional skill and musicality. . . a masterclass in Irish flute” (Folkworld).

Steph will be joined by Scottish powerhouse, Aaron Jones (Old Blind Dogs) on bouzouki/guitar/vocals and fiddle maestro, Ben Gunnery (Riverdance / Barrage). These three acclaimed musicians come together to deliver an electric blend of “New World energy with Old World vibrancy” (Songlines). Not to be missed!

After nearly a decade since the release of her debut solo album, The Open Road, which was described by Irish Music Magazine as “an unexpected treasure” June 2018 welcomed the release of Steph’s sparkling second solo release, Up She Flew, which features music from Irelands own rich Sligo, Leitrim & North Connaught tradition. Up She Flew has been described as “a masterclass in Irish flute”, “as good an album of top-drawer Irish tradition as is imaginable” and “a vivid blending of New World energy with Old World vibrancy”, demonstrating once again Steph’s vibrant and versatile spirit, her technical prowess, breath control and her ability to bring an innovative approach without losing the heart of the tradition to which she is intrinsically connected.

Steph says “for me, everything is in the small details… This album has not only been inspired by the rich North Connaught repertoire and particular tune settings from the players from this region, but also from a time when these great musicians breathed life into the tunes with their slight variations and subtle re-phrasing of every bar; when variations mimicked the landscape and one could get lost in the modal discrepancies, shifting from c’s to c#’s at will…