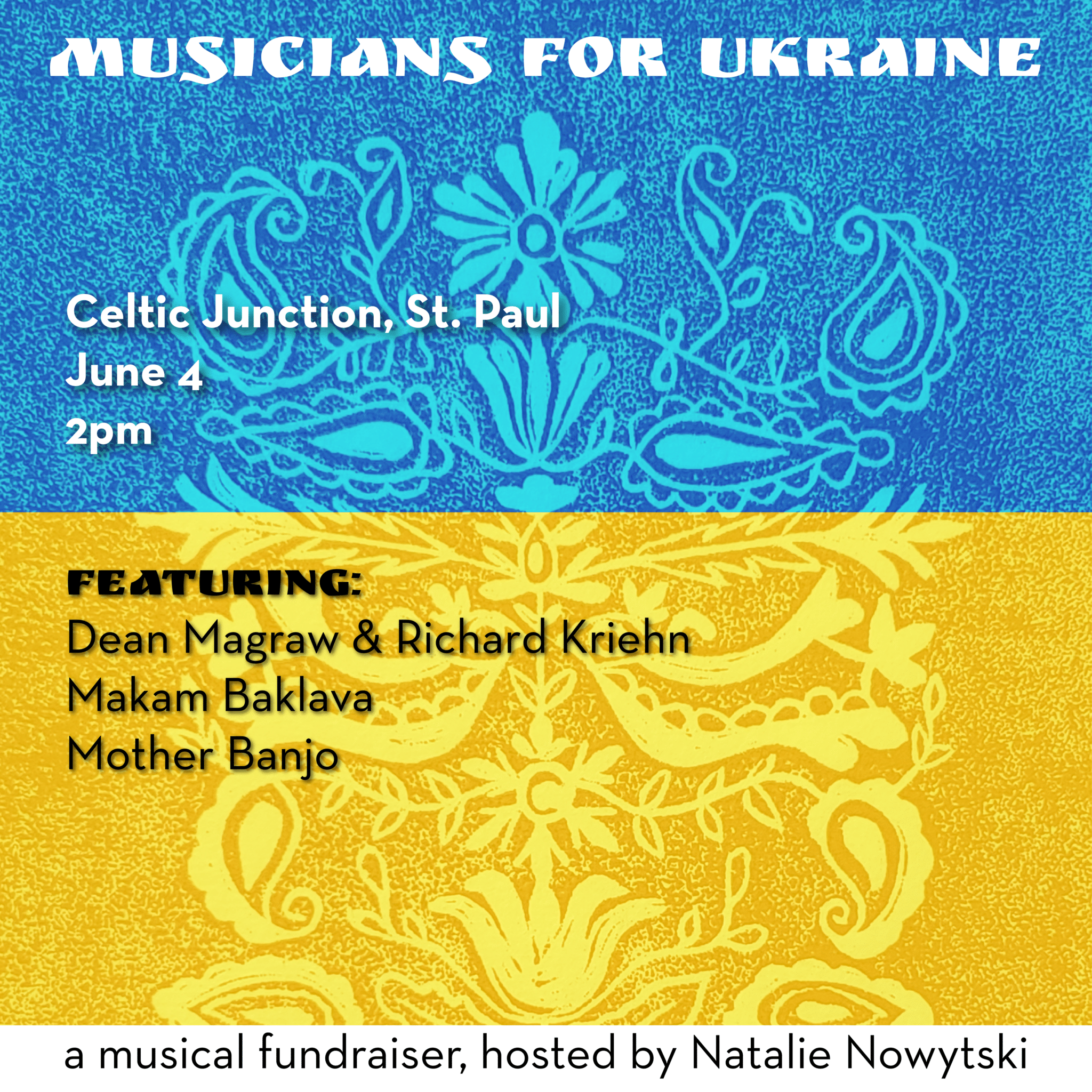 Musicians for Ukraine is one Ukrainian-American’s effort to help Ukraine and those fighting to defend it. It’s a series of benefit concerts in Minnesota—hosted by singer-composer Natalie Nowytski—featuring volunteer musicians and storytellers from the Ukrainian diaspora and its allies and hosted by generous venues who donate their space to ensure as many aid dollars can reach Ukraine as possible.

The Celtic Junction Arts Center is donating our space to support Ukraine with an incredible line-up of musicians, featuring local guitar legend Dean Magraw & mandolin dynamo Richard Kriehn—a duo that will be performing some pieces by and in honor of the late, great Ukrainian composer-musician Peter Ostroushko. Also joining us will be Turkish ensemble Makam Baklava, followed by Mother Banjo. All proceeds from the evening go to Stand With Ukraine MN, an initiative by the Ukrainian Community in Minnesota to ensure aid dollars are sent to the most needed areas of Ukraine.

Online tickets will be available until 11 am on June 4th, after that you can purchase admission at the door. Youth 18 years and younger are admitted for free. 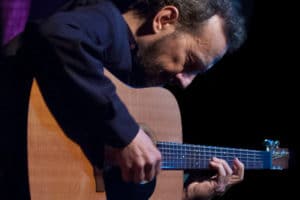 Composer/arranger/producer/guitarist Dean Magraw performed and recorded extensively with Ukrainian American virtuoso Peter Ostroushko over several decades. Magraw has fine-tuned his passionate “Heavy Meadow” Musical style(s) from years of performing and recording with some of the finest musicians in North America, Europe, and Japan. Together with Texas-born mandolinist Richard Kriehn, Dean will weave some of Ostroushko’s music into their set.

“Dean Magraw… so liquid, lyrical and effortless it’s like listening to a dancer.” -Steve Tibbetts

“Dean Magraw’s guitar playing transcends, transports and lifts the soul to a higher level as he weaves, cajoles and entices every note from his instrument… Just as important are the silences with which he knits his music… these can only come with being at one with one’s art….” -Mairéad Ní Mhaonaigh (Altan) 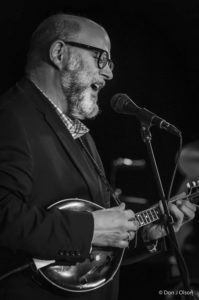 Minnesota-based multi-instrumentalist Richard Kriehn played with the “Guys All-Star Shoe Band” and the “House Band” on A Prairie Home Companion from June of 2010 until the host, Garrison Keillor retired in July of 2016. Richard has played in symphony orchestras, bluegrass bands, baroque ensembles, pit orchestras, cover bands, string quartets, and country bands…he loves to play music with his friends!

While living in Nashville, he toured with Travis Tritt, Aaron Tippin and Michael Peterson, all the while, playing in the Nashville Mandolin Ensemble and the bluegrass group 1946. He appeared numerous times on the Grand Ole’ Opry, and various television shows. 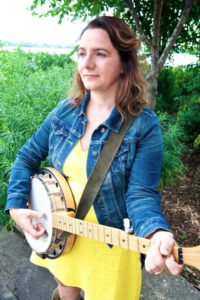 Mother Banjo features Ellen Stanley on banjo and vocals with Dan Gaarder and Ben Cook-Feltz. Mother Banjo is a New England-raised, Minneapolis-based songwriter. Called “an outstanding poet” (Inside Bluegrass), she was a Midwest Finalist for the prestigious Mountain Stage NewSong Contest and has been featured nationally on SiriusXM Radio and CMT.com. She has showcased at South By Southwest (SXSW) and the Folk Alliance International Conference and has been touring behind her latest album The Devil Hasn’t Won, sharing bills with such notables as Lucy Wainwright Roche, Grammy winning bluegrass legend Jim Lauderdale and The Gear Daddies’ Martin Zellar.

Natalie Nowytski is an award-winning composer and performer based in the Twin Cities. A first-generation Ukrainian-American and Minnesota native, she trained classically with her grandmother, the legendary vocal coach Oksana Bryn. Her Ukrainian heritage and love for traditional folk music brought Natalie to the internationally acclaimed Ethnic Dance Theatre in 1996 where she began specializing in the vocal styling of traditional Central and Eastern European music. Through her performance and research, she has become respected as a master artist of Eastern European vocal styling. She is a 2012, 2015, and 2019 recipient of an Artist Initiative Grant from the Minnesota State Arts Board and was also awarded a 2014 JFund for New Music from the American Composers Forum and Jerome Foundation. Her compositions have been performed at such esteemed venues as The Guthrie Theater, The Cowles Center, University of Minnesota, The Southern Theater, and MacPhail Center for Music.