Lúnasa at the Pantages Theatre 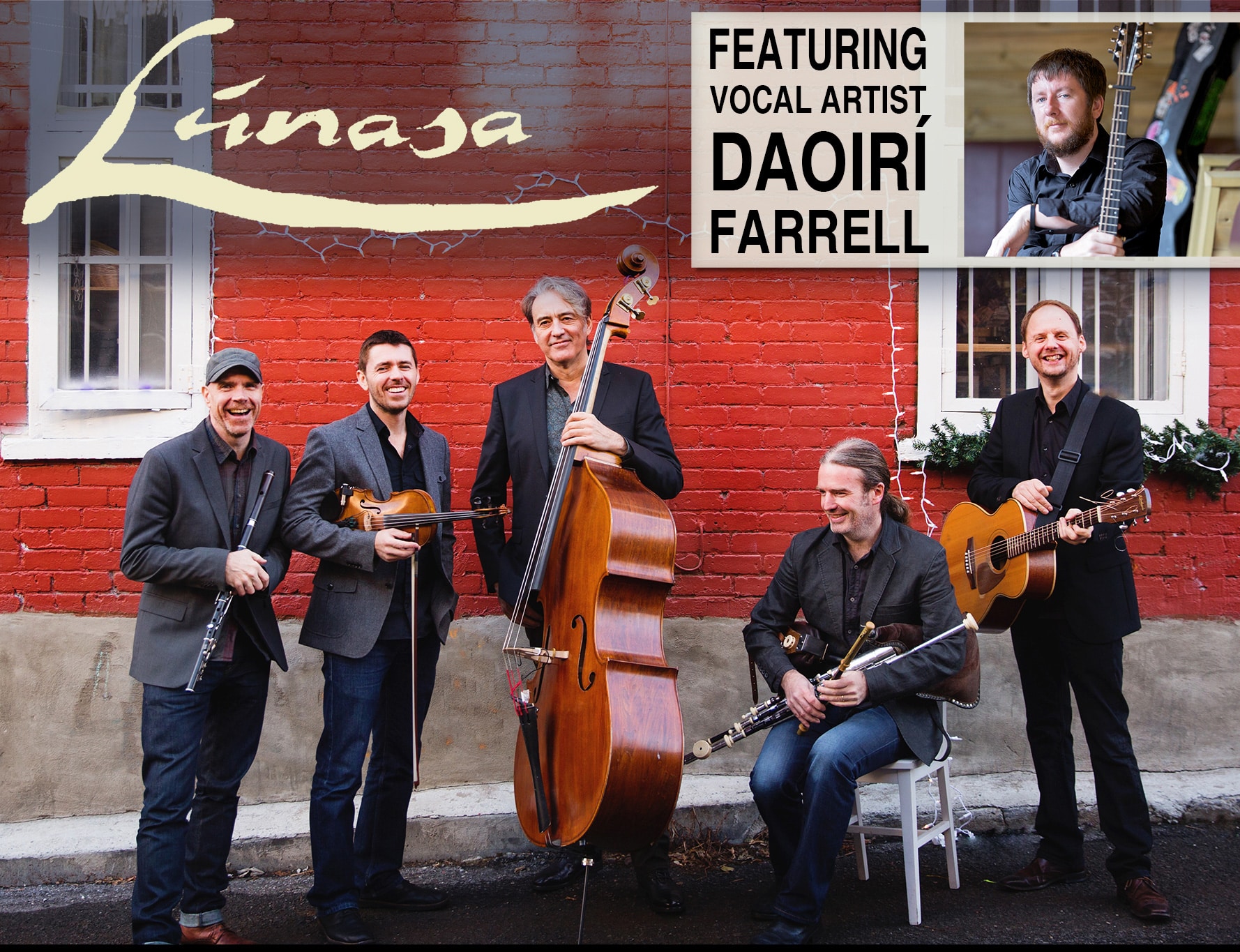 Lúnasa is coming to Minneapolis this spring! We know how much you’ve enjoyed concerts with Kevin Crawford and Cillian Vallely here at CJAC, and now you have a chance to see the whole band perform at the Pantages Theatre.  Co-presented with TaLuk Presents.

GET TICKETS FROM PANTAGES

Having sold over a quarter of a million records and performed over 2,000 shows across 36 countries, Lúnasa has won multiple awards and become one of the most influential bands in the history of traditional music. Collaborations with singers Natalie Merchant, Mary-Chapin Carpenter, and Tim O’Brien and high-profile concerts at The Hollywood Bowl, New York’s Carnegie Hall, Glastonbury Festival, and Bercy Arena Paris helped broaden the band’s audience and cement its place at the forefront of contemporary Irish music.

Lúnasa’s current lineup features: bassist Trevor Hutchinson, who achieved fame with The Waterboys; piper Cillian Vallely, who was a member of Riverdance and recorded with Bruce Springsteen; flute player Kevin Crawford, one of Ireland’s greatest flute players and a former member of Moving Cloud; award-winning fiddler Colin Farrell, who has toured with Project West, Grada and Michael McGoldrick; and guitarist Ed Boyd made a name for himself in the UK folk scene with bands such as Flook, Kate Rusby, and Cara Dillon.