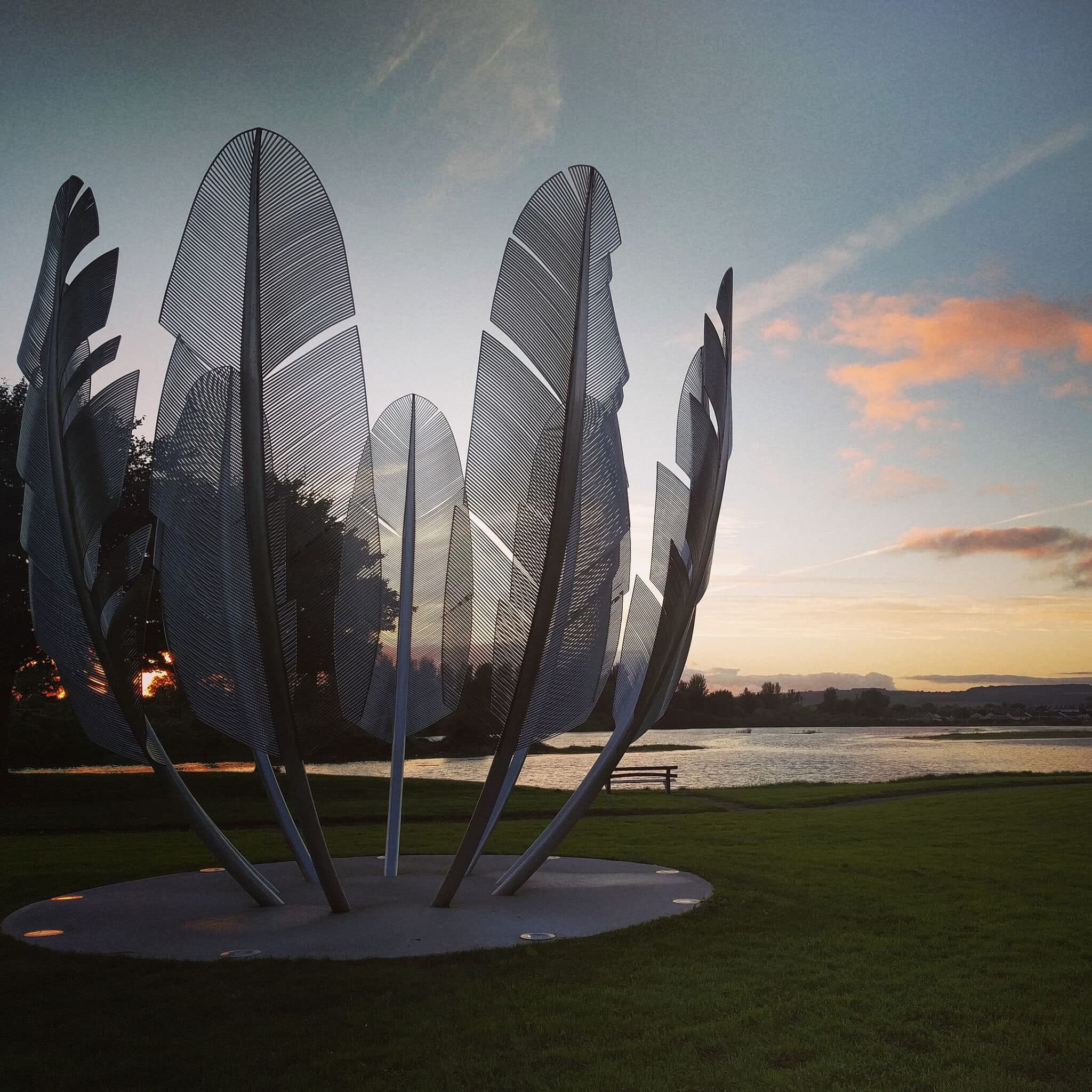 A program first broadcast on March 12 of 2021. Watch it on Facebook Live or on the Celtic Junction website. 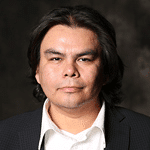 Darren Courchene, a citizen of the Sagkeeng First Nation, has worked in the field of oral history documentation for over five years in major projects including the Manitoba Treaties Oral History Project with both the Assembly of Manitoba Chiefs and Treaty Relations Commission of Manitoba. He’s currently conducting research that uses oral, written, and archival sources to examine the traditional and contemporary roles and responsibilities of leadership in Anishinaabe treaty-making. Darren is currently completing a PhD in Native Studies at the University of Manitoba. 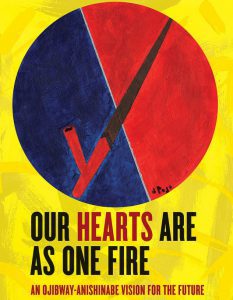 Jerome Fontaine teaches the Ojibwe language and is the newest member of the department of Indigenous Studies at the University of Winnipeg.  Jerome has focused his research on the impact of traditional leadership from the perspective of obwandiac (nigig) and tecumtha (mizhibizhi), shingwauk (ah-ji-jawk) and traditional governance within the context of the n’swi-ish-ko-day-kawn anishinabeg o’dish-ko-day-kawn (Three Fires Confederacy). 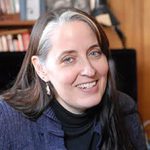 Margaret A. Noodin is an American poet and Anishinaabemowin language teacher. She is a Professor of English and American Indian Studies at the University of Wisconsin–Milwaukee. Noodin, who is of Anishinaabe descent, is the editor of ojibwe.net. She is the author of Bawaajimo: A Dialect of Dreams in Anishinaabe Language and Literature (2014) and Weweni: Poems in Anishinaabemowin and English (2015). 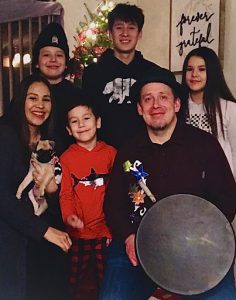 Mike Sullivan is an Ojibwe Nation linguist and musician. The son of an Ojibwe mother and an Irish father, Mike heard his native language spoken by members of his grandmother’s generation. As he grew up, he realized that the language of his people was endangered. In graduate school, he assisted in putting together an online Ojibwe people’s dictionary. He served as a translator for the award-winning film “First Speakers,” which won a regional Emmy. He worked with Elder Eugene Stillday – one of the “main voices” of the Ojibwe people’s dictionary – on a children’s book that won the 2011 Library of Congress’ Minnesota Book of the Year award. By working with both the reservation’s native-speaking elders as well as its youngest children, Sullivan is already seeing progress in ensuring a robust future for the Ojibwe language. Mike also performs with the Sullivan Squad, his family of traditional Anishinaabe singers from the Lac Courte Oreilles Ojibwe reservation in Wisconsin, consisting of Mike, his three sons, and his daughter. 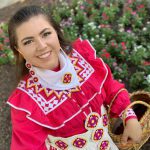 Sarah DeHerrera is a citizen of the Choctaw Nation of Oklahoma raised in Los Angeles. For over ten years, Sarah has been singing in her tribal language in an effort to motivate others to learn their indigenous language. She is currently an online language teacher and is continuing to study the Choctaw language to better serve her community. 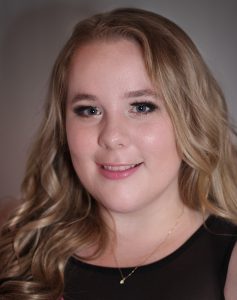 Ciara O’Donnell is a Choctaw Native American from California. She is currently studying Film & Screen Media to earn her MA at University College Cork and is this year’s Choctaw-Ireland Programme Scholarship recipient. Before UCC, she attended California State University Northridge where she earned her BA in Film Production. At CSUN, she produced Amal (2018), was the production sound mixer for Side Swiped (2018), and worked various roles on eight other short films. She hopes to teach the world about the Choctaw-Ireland connection.

Réamonn Ó Ciaráin is chairperson of Aonach Mhacha, the Irish language social enterprise behind the building of an Irish language Cultural Centre in Armagh City which opened in March 2020 after a ten-year Odyssey. He has spent more than twenty-five years working with Gael Linn in the promotion of the Irish language. Réamonn has toured the Midwest of the USA speaking about Cúchulainn. Translations by Réamonn have been performed at Imram, International Irish language Literature Festival in Dublin in 2018 and 2019. 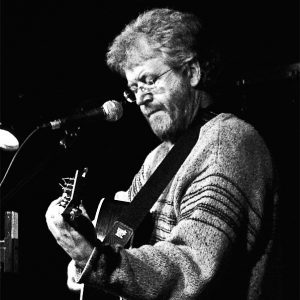 Dáithí Sproule, a native of Derry who has lived for many years in Minnesota, is one of Irish music’s most respected guitar accompanists, and a singer in English and Irish. Dáithí started out his career in the influential group, Skara Brae and is a member of the internationally renowned Irish band Altan. In addition to performing and recording, Dáithí is a sought-after teacher and lecturer on subjects ranging from guitar styles, song accompaniment, and Irish traditional music to Irish language, literature, and mythology.  He has taught at University College Dublin, the University of Minnesota, and the University of St. Thomas, and is an instructor at the Center for Irish Music in St. Paul.  He is a 2009 recipient of a Bush Artist Fellowship from the Minnesota-based Archibald Bush Foundation.

The Traditional Arts Partnership (TAP) was formed in 2011 by Elaine O’Sullivan and Fergal O’Brien. TAP now has eighteen tutors teaching and mentoring on 12 different instruments and also offers Sean-Nós singing classes in English and Irish. TAP has over 140 children and adults enrolled in the classes which are based in Mullaghbawn. TAP encourages every young musician to regard themselves as a teacher, a mentor, and an exemplar for their peers and their community. A key component of the tuition is the Grúpa Ceoil classes. Here young musicians work and play together as a team on a wide variety of instruments, learning and playing intricate arrangements on tunes – and developing their individual and collective social confidence. 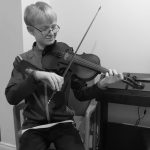 Composer Aodh Mac Murchaidh is 16 and from Silverbridge in South Armagh, he plays the fiddle, bodhrán and tin whistle. He is a member of the Traditional Arts Partnership, and a member of the band Soilse. For this collaboration, Aodh composed two tunes called Anamchairde and Kindred Spirits, inspired by both Irish traditions and the traditions of the Native American Nations. 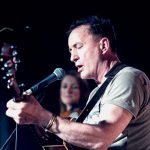 Lyricist Finbar Magee is a songwriter from Co. Armagh whose compositions have been widely covered and graced stages all over the world from the USA to Australia and across Europe.  Some of his songs have become “folk standards” with My Belfast Love being placed on the Irish music curriculum for 2021. His subject matter includes historical themes, love songs and satirical humour. 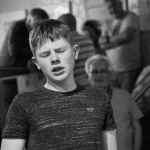 Singer Pearse Larkin is 18 and comes from Crossmaglen in County Armagh. His singing has afforded him great accolades and unique opportunities, most notably winning the Corn Sheosaimh Uí Éanaigh at Oireachtas in 2016, performing at Gradam Ceoil in 2017, and lifting trophies in both Irish and English singing in Fleadh Ceoil na hÉireann in every age category he has competed in. Pearse loves nothing better than sitting to the wee small hours at a singing session keen to learn and work on tailoring his craft. 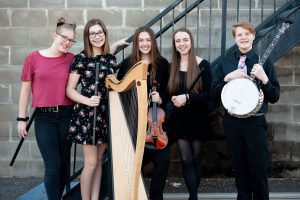 The Center for Irish Music (CIM) is a traditional music school in St. Paul, Minnesota that is committed to “handing down the tradition” of Irish music. The CIM serves more than 385 students year-round with weekly private lessons and classes on 16 different Irish instruments, including singing in Irish and English. Every year in June, the CIM presents the Minnesota Irish Music Weekend, a world-class teaching weekend that draws students from across the USA and Canada. Founded in 2004, the CIM moved into Celtic Junction Arts Center where it has 8 permanent classrooms and an office, and access to a beautiful performance space and venue. 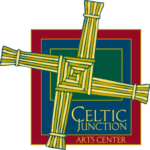 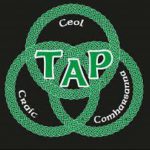 This rebroadcast is part of the Irish Arts Week.