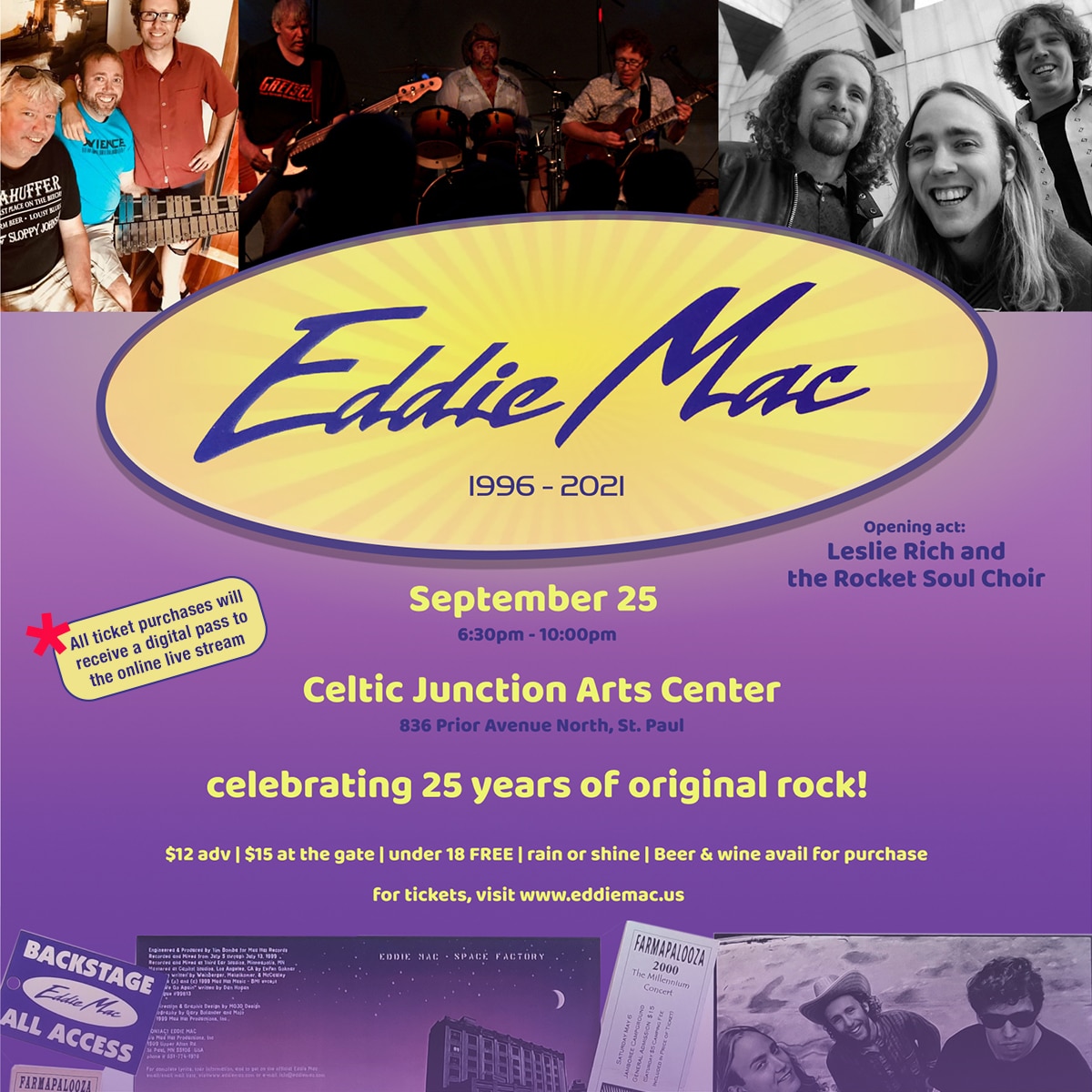 Eddie Mac is proud to announce a 25th anniversary concert featuring all 3 founding members of the band – LIVE both in person and via a paid stream online!

Tickets will be $15 at the door, so get them early. All advance ticket sales will include a digital key to unlock a live stream of the performance, for those of you who cannot or prefer not to attend the event in person. An archive of the live stream will be available for two weeks after the event.

Leslie Rich and the Rocket Soul Choir will kick off the evening with a set at 7:00pm, with Eddie Mac to follow.

The concert will be held OUTDOORS on the CJAC south stage, but in case of inclement weather it will move indoors to the main room, “Inis Mór.”

The original rock power trio “Eddie Mac” was formed in 1996 by founding members Pete McCauley, Mike Mehsikomer, and Chris Weinberger. Originally named “Edward McFerris,” the band quickly adopted the nickname Eddie Mac after fans regularly referred to the band in the familiar. Eddie Mac signed to German record label SPV in 1998 and released “Damn!” with US distribution through Mud Hut Records. Their second album, “Space Factory,” was produced by Tim Bomba (Rusted Root) and released in 1999 on Mud Hut Records. In 2002 Pete stepped away to pursue other musical paths but Chris and Mike continued on for many years. The three original members have remained friends and are pleased to celebrate 25 years of original rock with this concert on September 25th.

A new album of original Eddie Mac material is planned for recording in early 2022 with a release to be determined. Stay tuned to the band’s social media channels for updates!

Presented by the Celtic Junction Arts Center in collaboration with McCauley Media Group and AVolution productions.