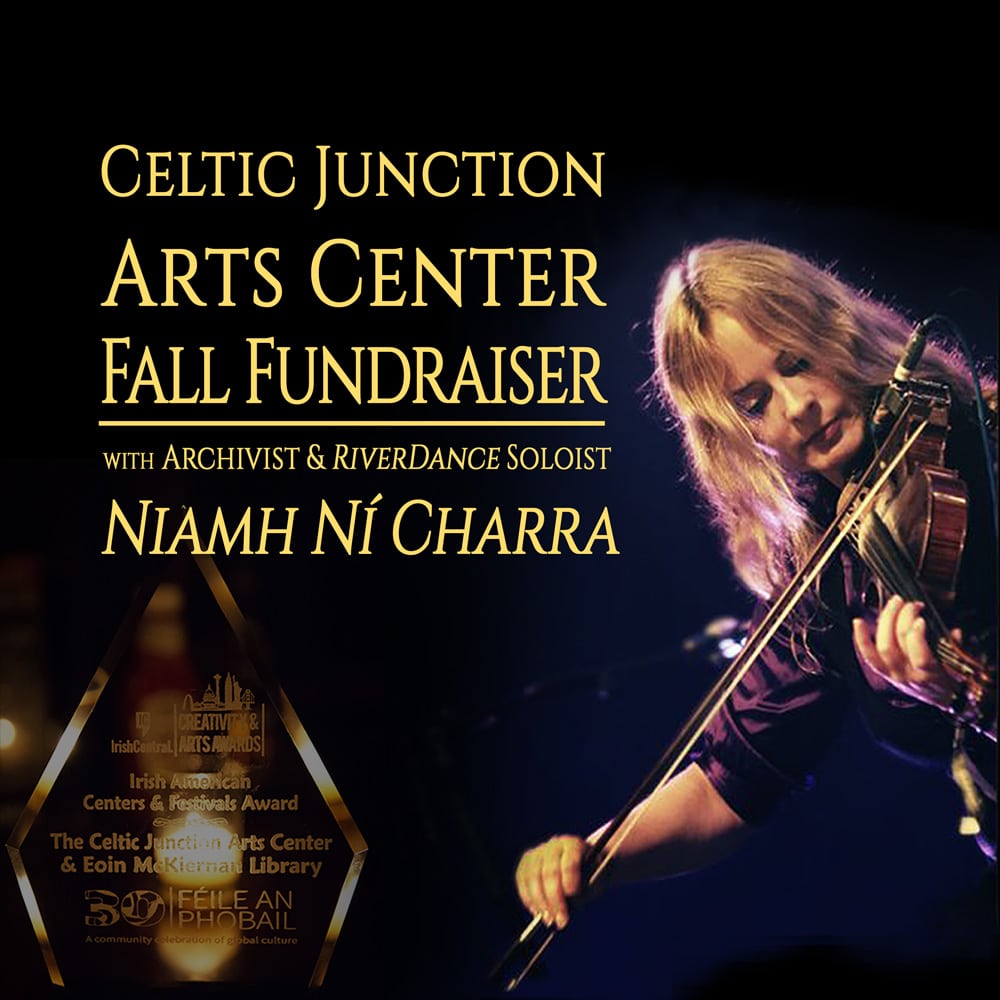 A rewarding evening of lively chat, Red Locks cocktails, and musical entertainment by the award-winning fiddler, concertinist, and singer awaits at the annual Celtic Junction fundraiser! Enjoy the craic as Niamh reminisces with Celtic Junction co-founder Cormac Ó Sé about the early years of Riverdance, and compares notes with our singing librarian, Brian Miller, on the rare archival skills and interests they hold in common.

Dress as you wish.
Signature Red Locks cocktails will be available at the cash bar. (First one’s on us!)
Enjoy a complimentary buffet-style meal with vegetarian and vegan options.

Raise $50,000 in donations. Help us ensure that CJAC continues to preserve the past and forge the future of Celtic arts and community!
%75 of the ticket price goes to support the Celtic Junction Arts Center’s operations.

Niamh Ní Charra hails from Killarney, County Kerry, and was strongly influenced by a wealth of local Sliabh Luachra musicians. A multiple award winner on both fiddle and concertina, she toured from 1998 to 2006 as a soloist with Riverdance before returning to Ireland where she is now based. She recently released her 5th album “Donnelly’s Arm” which was crowned the Number 1 Trad Album of 2021 by Alex Monaghan, reviewer for Irish Music Magazine, Living Tradition, and FolkWorld. 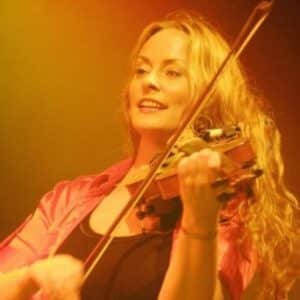 She has received accolades such as,  “Female Musician of the Year,” “Best Trad Music Act,” and “Best Fiddle/Violin.” Niamh has been referred to as “a legend in the making” by Folk Radio UK. She regularly offers workshops and masterclasses on both fiddle and concertina.

Niamh is also a professional archivist for The Gaelic League and for the University of Galway’s “Mary Robinson Archive” where she is busy chronicling the career of Ireland’s first female president. Additionally, she is an officer for the Archives and Records Association of Ireland and often presents her work in this field.

Finally, Niamh is a founding member and archivist for the volunteer campaign group FairPlé established in 2018, which works to make traditional and folk music a more diverse, vibrant, and representative sphere. 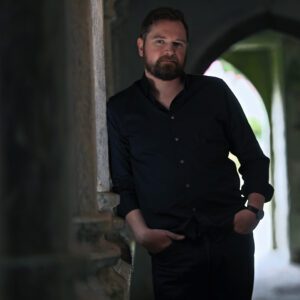 Kevin Corbett is a sought-after guitarist from Newport, Co. Mayo. Kevin has toured extensively, working as a freelance session musician for many productions such as the world-renowned dance show Ragús, as well as musicals and theatrical performances. He has shared the stage with some of the top musicians in the country, including Michael McGoldrick, Matt Molloy, and Seamus Begley among others. He began performing with Niamh in 2015 and is a core member of the group. He is also a member of the immensely popular Irish Trad band for children Speks and is somewhat of a rock star among five-year-olds! In addition, he has taught at various festivals both at home and abroad and performs regularly on Irish television and radio.

Thank you to our sponsors! 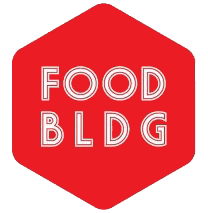