Opening Night: “The Importance of Being Earnest” 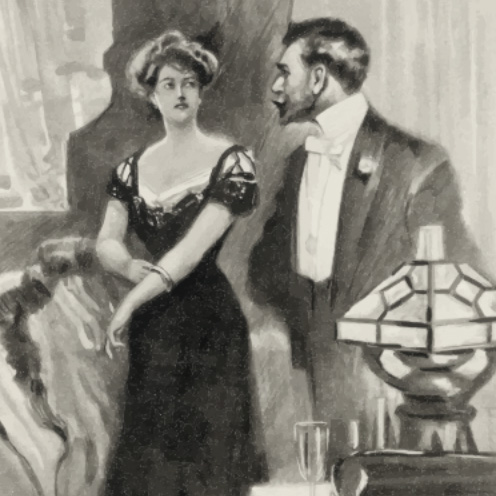 Spill the tea with Out of The Mist Celtic Theatre as they take on Oscar Wilde’s witty and romantic comedy, The Importance of Being Earnest. Originally premiered in 1895 at the St. James’s Theatre in London, England, the play delves into the seriousness, or lack thereof, of institutions and marriage while resulting in a satirical sense of humor towards Victorian society.

Follow a young man named Jack as he adopts the alias “Earnest” and captures the attention of Gwendolen, solely for his fake name. When Gwendolen’s mother, Lady Bracknell, discovers Earnest’s past as an orphan, she refuses his proposal to her daughter. This causes Jack and Gwendolen’s cousin, Algernon, to concoct a plan to get rid of Ernest. Come watch the complex contradictions of the construction of self unfold as the production explores the many facets of identity and truth, and discover for yourself the vital importance of being Earnest.

The play is directed by Michelle Schwantes for Out of The Mist Celtic Theatre, a new theatre group that is devoted to creating theatre that illuminates the history and diversity of Celtic Culture through the lens of the greater human experience.

Schwantes chose The Importance of Being Earnest because of how the play reflects the outsider status Oscar Wilde experienced due to his Irish heritage and sexuality. She enjoyed how the characters are examining the nature of love and identity and how the play intersects the two.

Pay what you will ticket sales will end at 4 pm on July 14th. If the current ticket pricing options don’t suit, pay what you’d like at the door!