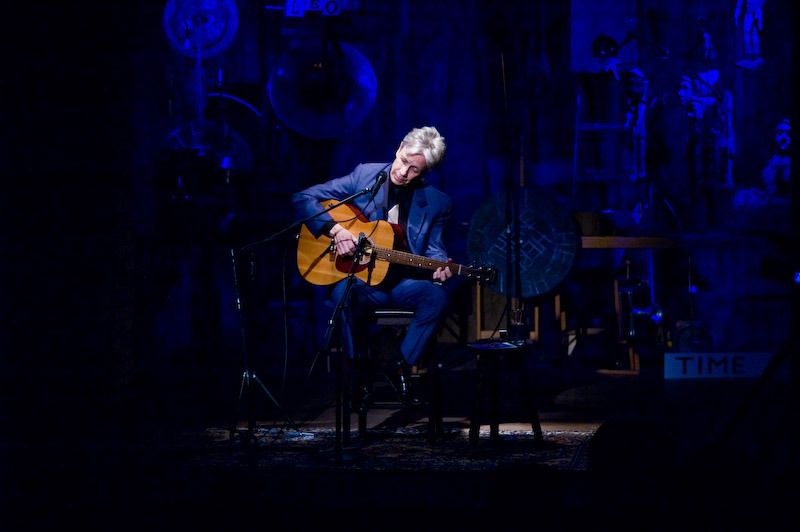 Gary Rue in Concert is a solo show of voice and guitar during which he’ll be sharing some songs off his CD, Craft Singles. This concert is part of the Celtic Junction Fall Outdoor Concert Weekend.

A performer and composer, Gary has been playing music for audiences throughout the western hemisphere since the mid-sixties, beginning with various town halls in the upper Midwest and graduating to East Coast ‘tent’ tours that included the Big Apple (Carnegie Hall as music director and duet partner for Gene Pitney) and on to far flung points in Canada and the Caribbean. Early along the way, Mr. Rue began writing music of his own, and was rewarded with some of his songs being recorded by (among others) Nick Lowe and Helen Reddy, as well as many prominent regional artists.

He is the author of nearly 80 scores for music theater (including The Stinky Cheese Man, which toured the US and China with Dallas Children’s Theater), is a 2010 Minnesota Music Hall of Fame Inductee and an active touring musician and educator.

Gary Rue’s Music honors the craft of songwriting, reminiscent of the Everly Brothers, Roy Orbison and Mose Alison. Influenced by nearly anything and everything musical, but most often by Frederic Chopin, Kurt Weill, The Beatles, Motown, and the poets of Tin Pan Alley and their Brill Building offspring.

A Gary Rue Concert is an ad lib, rapid-fire affair, riddled with a melodic cascade of personal favorites from his theatrical scores and pop triumphs, peppered with musical ideas (occasionally interrupted by an errant thought: he sometimes feels the need to explain the process), monologues on inspiration (and what does not inspire), oblique social commentary, and comic highs and lows (when good things happen to bad people), all thoroughly plumbed from the musical depths of piano, guitar, and a voice that soars, growl and bubbles within a sardonic Robin Williams/Noel Coward sense of humor.

“Rue has a wryly acute way of spurting out observations, as well as a clear, workmanlike sense of (his own) writing. For him, the latter involves the obvious but utterly crucial task of avoiding cliché,; something that reminds you of something else.”
~The Phoenix

This event is part of the Celtic Junction Fall Outdoor Concert Weekend.