“Éamon de Valera: A Will to Power”

|Recurring Event (See all)
Second half of book! 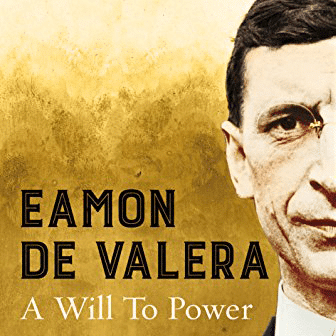 This is event is free and open to all friends of the Celtic Junction Arts Center. Participants are asked to read Éamon de Valera: A Will to Power by Ronan Fanning (Harvard University Press, 2016) in preparation for the online discussion. The first half of the book will be discussed on February 23 and the second half on March 16.

In his 2016 biography of Éamon de Valera, author Ronan Fanning attempted to provide the reader with a “reappraisal of the man who remains the most famous, and the most divisive, political figure in modern Irish history, reconciling de Valera’s shortcomings with a recognition of his achievement as the statesman who single-handedly severed Ireland’s last ties to England.”

Join Dr. Kevin Byrne and Dr. Steven Griffith via Zoom to discuss Fanning’s work and de Valera’s impact on Ireland. Such a conversation is especially appropriate as Ireland celebrates the 100th anniversary of the Irish Free State.

Ronan Fanning was Professor Emeritus of Modern History at University College Dublin (UCD). He received his undergraduate degree from UCD and his doctorate from Cambridge University. While teaching at UCD he was director at the School of History and Archives. He was also a member of the Royal Irish Academy and on the board of the Directory of Irish Biography and the Documents on Irish Foreign Policy. He often wrote for the Sunday Independent.

Dr. Kevin Byrne is Professor Emeritus of History at Gustavus Adolphus College in St. Peter, Minnesota where he taught for 40 years. Byrne received his B.A. from Providence College and his M.A. and Ph.D from Duke University. At Gustavus, he taught American history, Irish history, and created the college’s study abroad program in Cork, Ireland.

Dr. Steven Griffith is Senior Vice President and Academic Dean Emeritus at Simpson College, in Indianola, Iowa. Previous to joining the faculty at Simpson, Griffith taught in the theatre department at Gustavus Adolphus College. He received his B.A. from Gustavus and his M.F.A. and Ph.D at the University of Minnesota. While at Gustavus, Griffith taught courses in design/tech, Irish drama, and led many study tours to Ireland. He has taught with the Irish College of Minnesota since 2020.