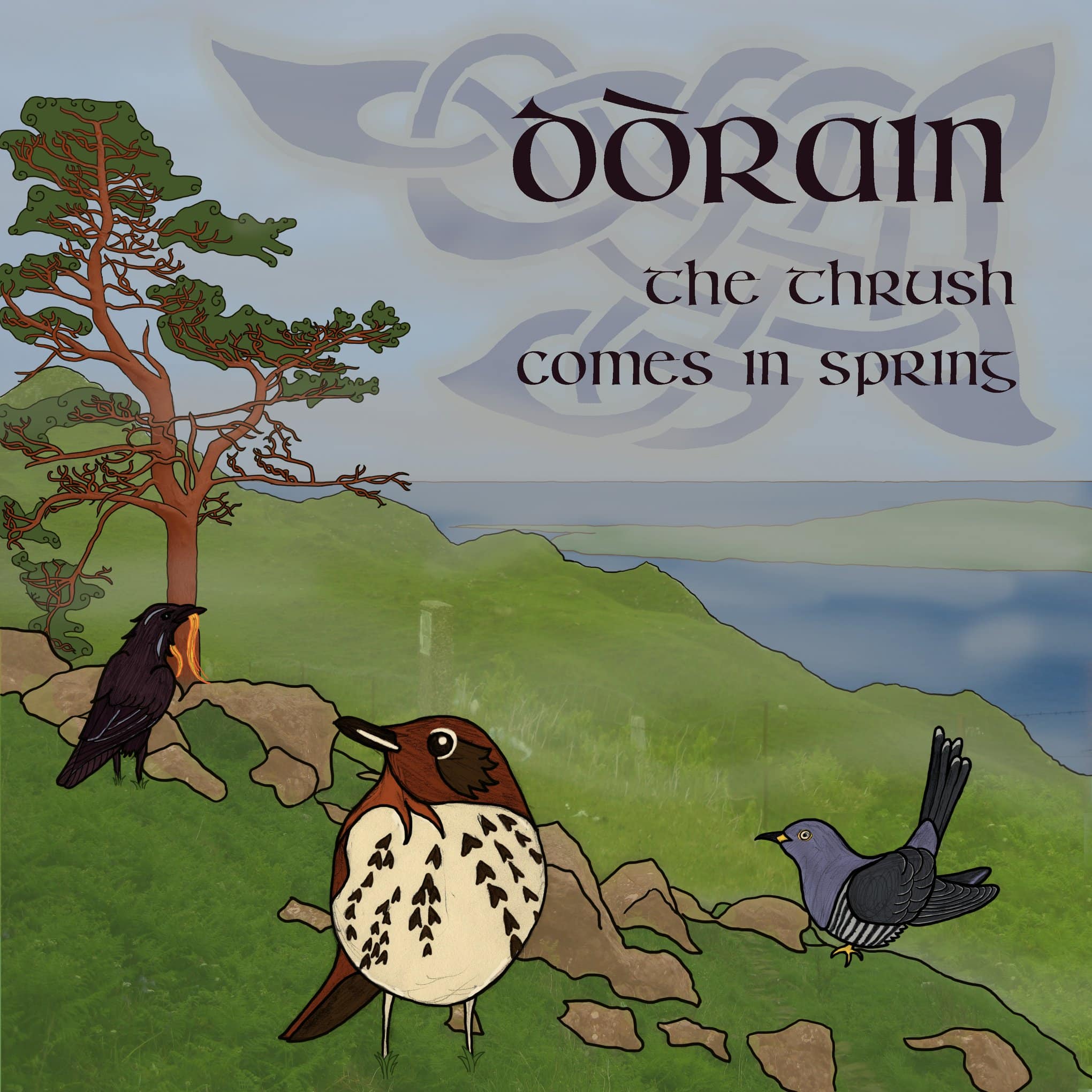 Dòrain’s second album, The Thrush Comes in Spring, features a whole fresh crop of new song arrangements and sets of tunes, from the songs of Scottish Romantics Robert Burns and Robert Tannahill, to Scottish Gaelic ballads, to jigs and reels on the fiddle and flute – even a song from the Minnesota Folk Song Collection!  The Thrush Comes in Spring is loaded with 3-part harmonies, guitar-and-bouzouki arrangements and plenty of fiddle, flute, and Scottish smallpipes.

Dórain’s name is an Anglicization of the Scottish Gaelic word dobhrain, meaning “otters” – and they’ll have some adorable homemade otters that will be available for purchase at the show!