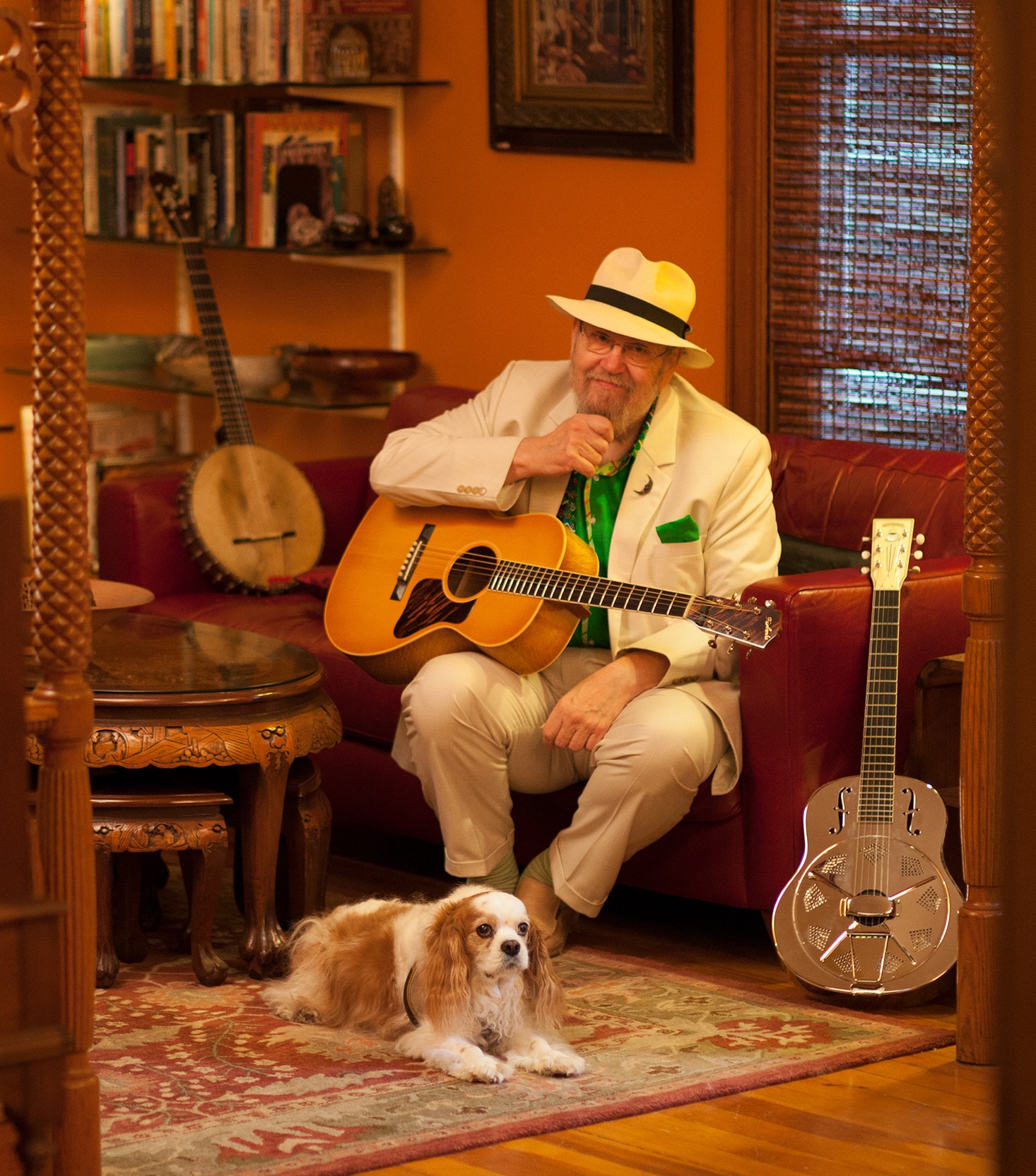 Hailed by everyone from Dave Van Ronk to Doc Watson, from the Washington Post to Downbeat, Dakota Dave Hull’s guitar style spans a wide musical geography to create an infectious, uniquely personal blend of jazz, ragtime, folk, blues, Western swing, and vintage pop. Dakota Dave is a restlessly curious, adventurous traveler along the broad highway of America’s music. In his playing the masters speak, but in a vocabulary that is Dave’s alone: alternatively mirthful and moving, always melodic.

A gifted composer as well as a strikingly original interpreter of older tunes, Dave calls what he does “classic American guitar.” Folk legend Van Ronk called Dave “one of the best guitarists in the world.”

Most of all, Dakota Dave’s music is great fun. As Douglas Green (Ranger Doug of Riders in the Sky) puts it, “There is an imp within Dave Hull that always expresses itself on the fretboard; a witty, intelligent yet respectful imp who frolics in his music, an imp Dakota Dave neither fights nor lets take control, but simply absorbs into the heart of his style.”

More recently, Dave recorded an album of mostly traditional music duets with the noted guitarist Duck Baker, When You Ask a Girl to Leave Her Happy Home. A book of original compositions, Ragtime Guitar in the Classic American Style came out in 2012. A double CD of original compositions, Under the North Star was released in 2013, and 2016 brought two more CDs, the Sacred and Profane set, Heavenly Hope and This Earthly Life.

Dave is a recipient of a 2013 Traditional Arts grant from the Minnesota State Arts board.

This event is part of the Celtic Junction Fall Outdoors Concert Weekend.