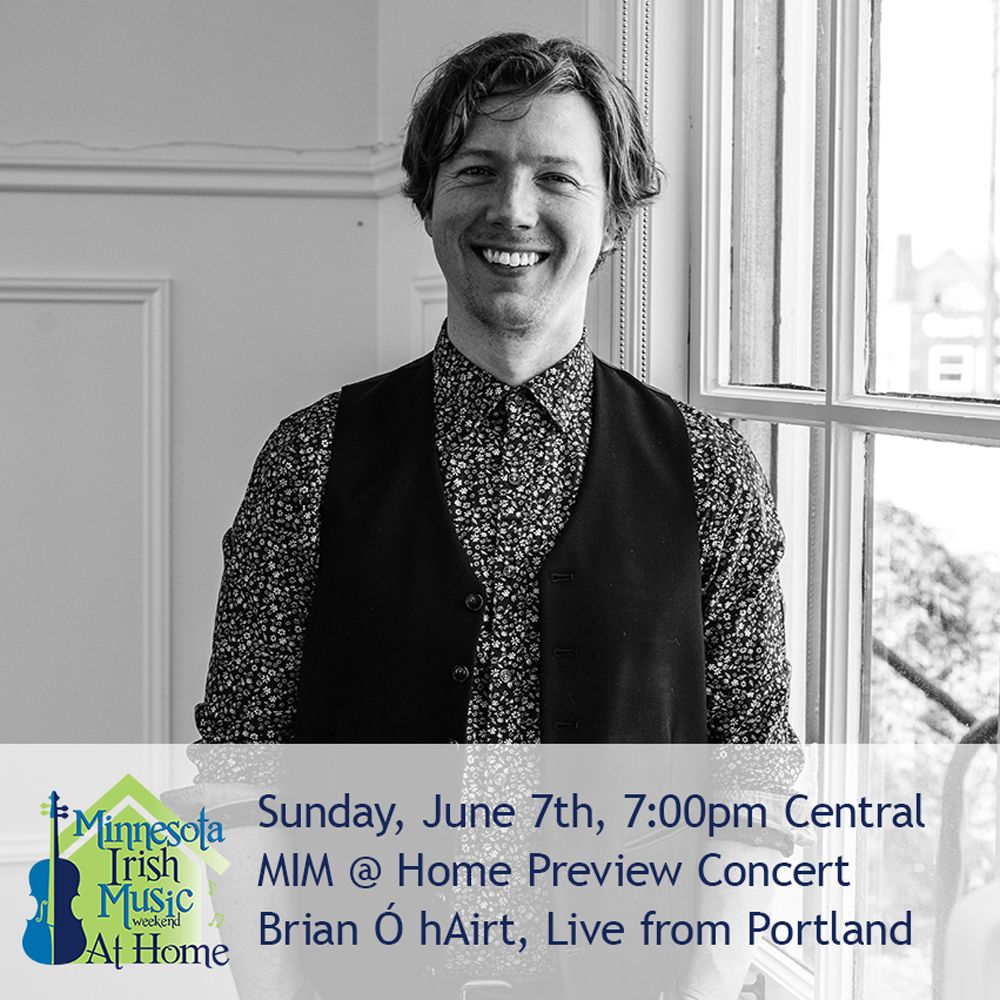 Born in Saint Louis, Missouri, Brian grew up exposed to the older dance music and songs of the Upland South and the lower Ohio. A natural singer from very early on, this exposure inspired him to venture deeper into the singing traditions of Ireland later in his youth. Along with songs, Brian learned old-style step dance and dance tunes on the tin whistle, button accordion, and concertina in his late teens while involved with a cultural organization whose aim was to promote the pairing of Irish traditional music with dance.

It was also during these years that Brian was introduced to Áine Meenaghan (Nan Chamuis), a native Irish speaker and singer from the Conamara region of western Co. Galway now residing in Chicago, Illinois. Brian learned many songs from her repertoire and in so doing enriched his singing style and elevated his Irish language skills. Given his affinity to West Galway, his instrumental style on accordion and concertina is rightly influenced by the melodeon music and rhythmic patterns associated with the sean-nós dancing of this region. The culmination of his early dedication to these traditions came when Brian became the first American to ever win the coveted Sgiath Uí Dhálaigh shield at the 2002 Fleadh Cheoil na hÉireann in Listowel, Co. Kerry; adding his name to the award’s long list of noted All-Ireland Champion singers including Joe Heaney, Frank Harte, Paddy Berry and Len Graham. Since 2002, Brian has gone on to collaborate and record with Chicago-based ensemble Bua and singing legend Len Graham of Glenarm, Co. Antrim. Proficient on concertina, accordion, and tin whistle, his understated musical style is full of lift and subtlety. His singing and playing have been featured on radio programs across the United States, Canada, and Ireland and he has toured extensively, teaching and performing at many of the most prestigious festivals in North America. Brian was recently a master mentor for two Traditional Arts Apprenticeship Program grantees from the states of Oregon and Ohio and is the currently principal educator for Capital Irish Arts in Washington, D.C. https://www.brianohairt.com

Brian Ó hAirt Live from Portland is one of six virtual concerts co-sponsored by the Celtic Junction Arts Center as part of the Minnesota Irish Music Weekend @ Home, a workshop-based festival presented by the Center for Irish Music, a music school based inside the CJAC building. Register for educational programs for children, teens, and adults here. All concerts are in central standard time (CST) and will broadcast from the Center for Irish Music’s website. Unless otherwise noted, concerts will run for 60 minutes. Tune in 15 minutes early for pre-concert chat. Concerts are free, but a suggested donation of $10 per concert to help support our artists is appreciated.

To get a reminder about each concert, register for a concert pass on the festival’s website. https://centerforirishmusic.asapconnected.com/#CourseID=221914