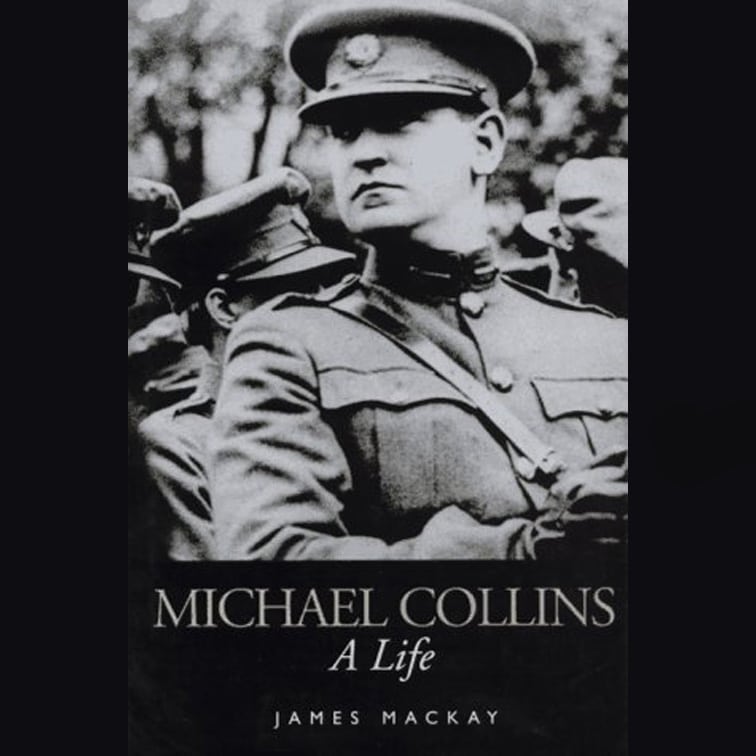 Join Dr. Kevin Byrne and Dr. Steven Griffith for a free, two-night discussion of James Mackay’s, Michael Collins: A Life. Collins was one of the most consequential figures in early 20th century Irish history, yet for many a controversial one. He was deeply involved efforts to attain Ireland’s freedom from British control, both as a military strategist and a reluctant politician. In this readable biography, Mackay describes his work as a “labor of love,” but adds that he has tried to “let the facts speak for themselves”. Readers will have the opportunity to evaluate Collins’ relative strengths and weaknesses, as well as Mackay’s treatment of his subject. A conversation about Michael Collins is especially appropriate this fall as August 22, 2022, marks the 100th anniversary of his tragic, and violent, death at the age of thirty-one.

Your registration covers both meetings. Registration ends on Oct 20th to allow for time to read the book before the first discussion.

This book discussion follows-on from a discussion last spring about Collin’s one-time colleague and eventual adversary, Eamon de Valera. It is free and open to all friends of the Celtic Junction Arts Center. Participants are asked to read Michael Collin: A Life by James MacKay (Mainstream Publishing, 1997) in preparation for the Zoom discussion. The class will discuss the first half of the book on October 27 and the second half on November 10.

James Mackay (1936-2007) was a prolific writer and had a lifelong interest in Michael Collins. Most well-known for his numerous publications about postal history and the work of Robert Burns, Mackay was born in Inverness Scotland, and educated in Glasgow. His biography, Michael Collins: A Life, was published in 1996 to generally positive reviews.

Dr. Kevin Byrne is Professor Emeritus of History at Gustavus Adolphus College in St. Peter, Minnesota where he taught for 40 years. Byrne received his B.A. from Providence College, and his M.A. and Ph.D. from Duke University. At Gustavus he taught American history and Irish history, and he created the college’s study abroad program in Cork, Ireland. He was co-facilitator for last spring’s book discussion on Eamon de Valera and co-taught the class, “19th Century Ireland: O’Connell to Parnell,” for the Celtic junction Arts Center’s Irish College of Minnesota.

Dr. Steven Griffith is Senior Vice President and Academic Dean Emeritus at Simpson College, in Indianola, Iowa. Prior to joining the faculty at Simpson, Griffith taught in the theatre department at Gustavus Adolphus College. He received his B.A. from Gustavus, and his M.F.A. and Ph.D. at the University of Minnesota. While at Gustavus, Griffith taught courses in design/tech and Irish drama and led many study tours to Ireland. He was co-facilitator for last spring’s book discussion on Eamon de Valera and co-taught the class, “19th Century Ireland: O’Connell to Parnell,” for the Celtic junction Arts Center’s Irish College of Minnesota.