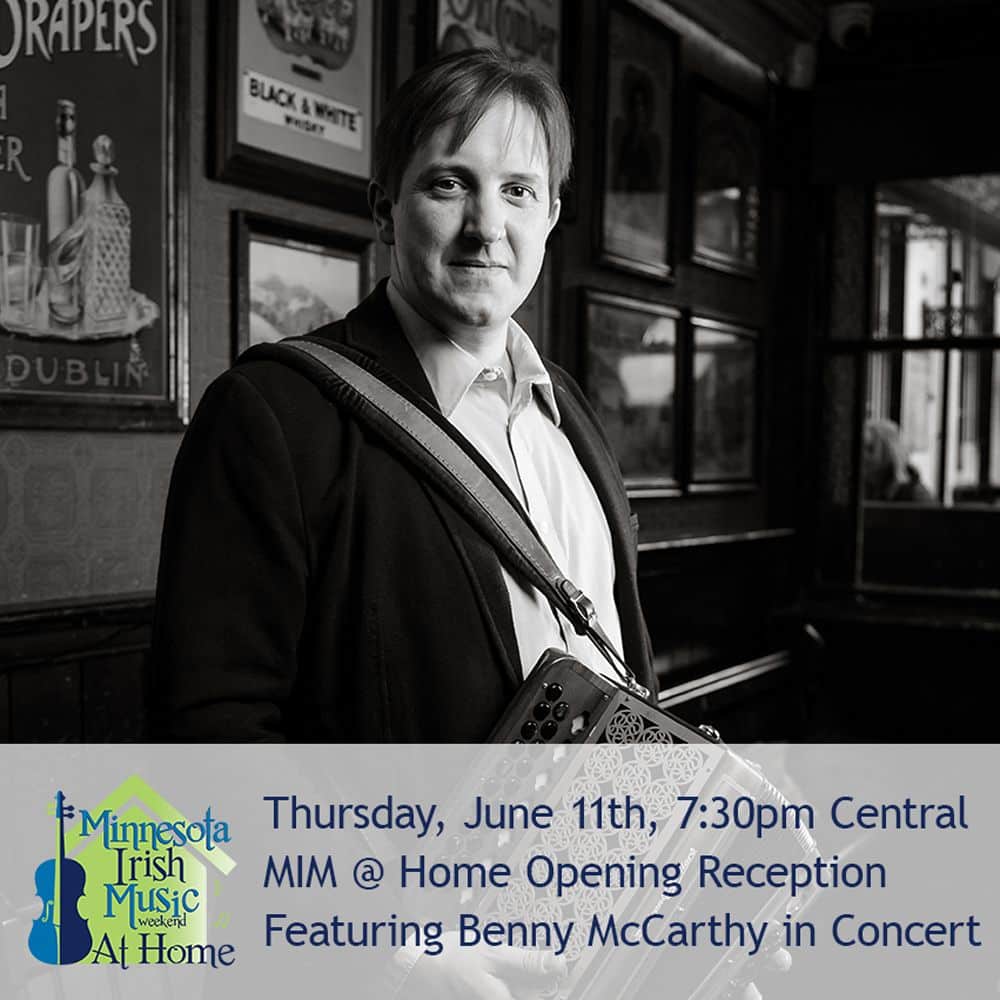 Benny McCarthy is from Deelish, County Waterford. He started playing at 13 and All-Ireland Oireachtas champion on both button accordion and 10-key melodeon in 1994. In 1995 he teamed up with some friends to form the now iconic band ‘Danú’ with whom he still performs and manages today. Benny also plays with the bands ‘Cordeen’ and ‘Raw Bar Collective’.  Benny has been featured on over 30 albums since he began his professional career and is regularly featured with his various groups on Irish TV and radio including RTE, RnaG, and TG4, as well as international radio & TV broadcasts for BBC and CBC among others. He has performed and recorded with many leading internationally known artists over the years and has also taught and performed as part of Ireland delegations to USA, Japan, India, and Europe including a state visit to Bulgaria with Ireland’s President in 2009. Benny has recorded and produced many albums and theatre soundtracks over the years in his own studio in Co.Waterford. https://boxbenny.com

Benny McCarthy of Waterford is one of six virtual concerts co-sponsored by the Celtic Junction Arts Center as part of the Minnesota Irish Music Weekend @ Home, a workshop-based festival presented by the Center for Irish Music, a music school based inside the CJAC building. Register for educational programs for children, teens, and adults here. All concerts are in central standard time (CST) and will broadcast from the Center for Irish Music’s website. Unless otherwise noted, concerts will run for 60 minutes. Tune in 15 minutes early for pre-concert chat. Concerts are free, but a suggested donation of $10 per concert to help support our artists is appreciated.

To get a reminder about each concert, register for a concert pass on the festival’s website. https://centerforirishmusic.asapconnected.com/#CourseID=221914