Ann & Charlie Heymann at Home with the Gaelic Harp 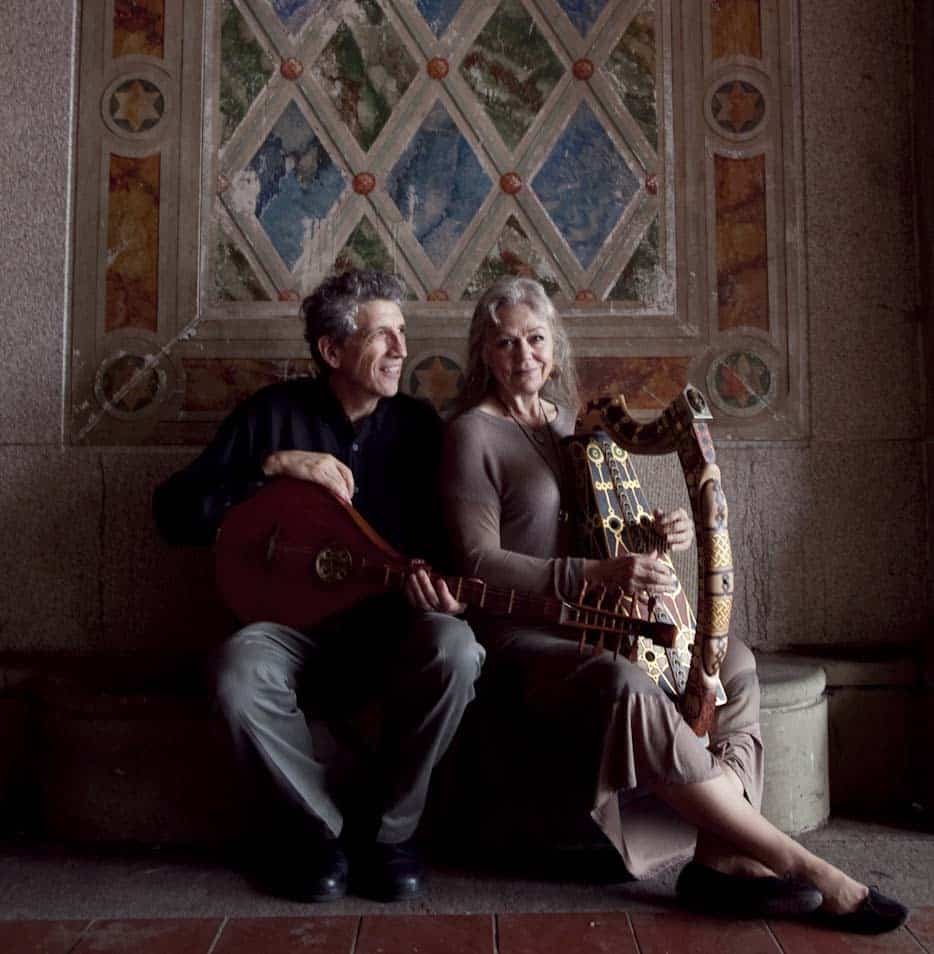 Join Ann & Charlie Heymann at home on Saturday afternoon May 23 at 3:00pm CDT via the Celtic Junction Art Center’s Facebook page, where they will discuss and demonstrate their unique approach to performing old Gaelic poetry with the cláirseach aka early Irish harp or Gaelic harp.

Ann reconstructed the Gaelic harp’s forgotten playing technique from both historic documents and her own experimentation, and the Scottish Harp Society has named her as “the person who returned the Gaelic harp to a living tradition”. Ann and Charlie have performed together since 1979 across the US, Ireland, Scotland, Wales, Europe, and Australia, and Ann was a foundation instructor at the Historical Harp Society’s Summer Course held every August in Kilkenny. Throughout their careers Ann and Charlie have performed a broad range of traditional music, yet in recent years circumstance has limited their travels, and Ann has focused even more on recovering the instrument’s former sounds and repertoire. Ann & Charlie welcome you to join them in a toast to Captain MacNeill (Carolan) and a piobaireachd reconstructed as a ceòl mór lament in memory of a drinking partner; depending on your time zone, this might mean tea—or a drink of your own choosing! Don’t, however, think that Charlie will be too shy to bring out the red-box!

Ann & Charlie have five recordings on their own label, and Ann has recorded for Scotland’s Temple Records, Nashville’s Silver Bells Music, and Imaginary Road/Polygram Records in New York. The couple has performed together since 1979, including performances at Scotland’s Edinburgh International Festival, the Lorient Celtic Festival in France and the Queenscliff International Music Festival in Australia. In 2012 Ann and Charlie were recipients of a fellowship at the National University of Ireland / Galway to study the cláirseach’s role in the performance of bardic poetry.

Seeing Ann & Charlie Heymann at home is a rare treat – tune in and enjoy!