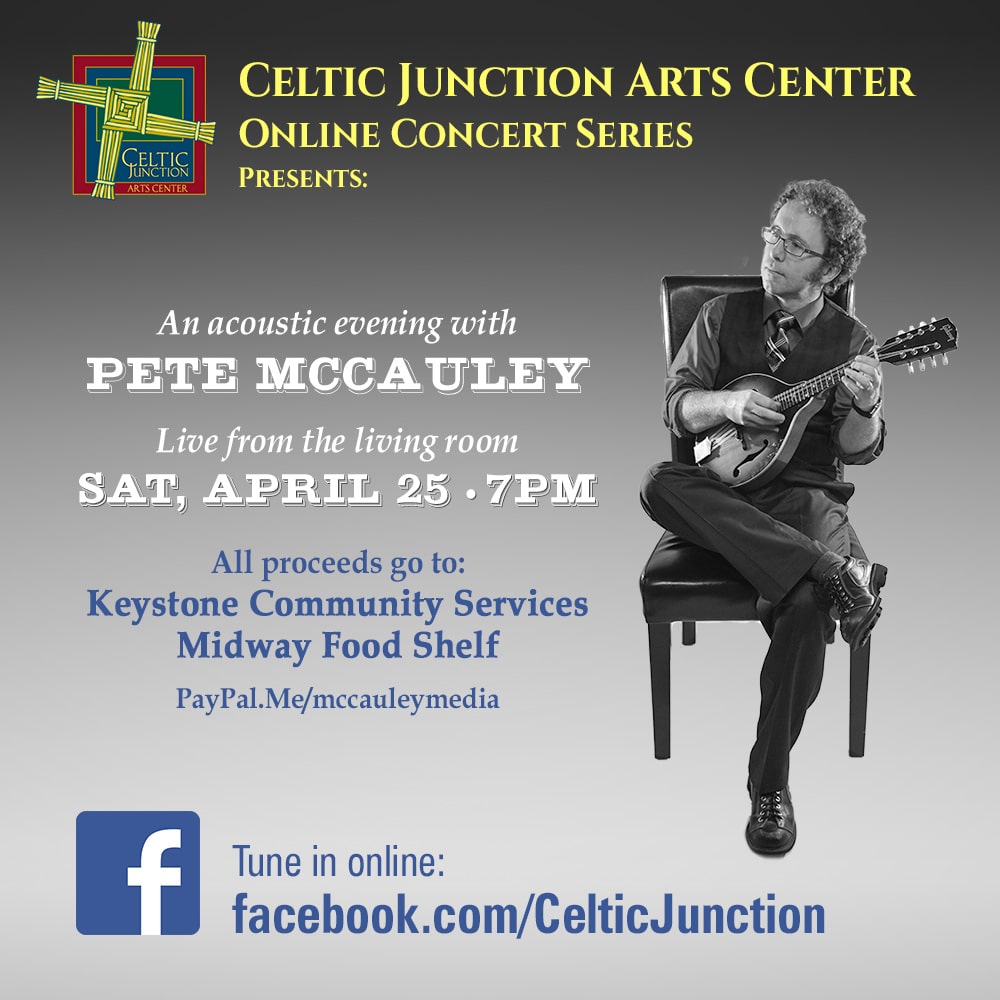 From his living room to yours, a special virtual concert.

Join musician Pete McCauley for an acoustic concert broadcast from his home!

Pete McCauley has been playing, performing, and recording music for over 30 years. In 1996 he and two friends created the Twin Cities based rock trio Eddie Mac, with whom he spent a few years traveling the country, earning a record contract with SPV Records in Germany, and releasing two albums with the independent US label Mud Hut Records.

Primarily a guitar player, Pete discovered a passion for playing the mandolin when he joined with Leslie Rich in 2007 to form the Hounds of Finn. Since then he’s been on a mission to gain a bit of mastery over any fretted instrument he can get his hands on.

Pete has studied and performed many styles of music, with a focus on Celtic roots music over the last decade or so. His original material would be best described as contemporary folk rock, taking influences from across the spectrum.

The live Facebook concert on April 25th will feature a range of material – original material he contributed to both Eddie Mac and the Hounds of Finn, some traditional Celtic songs and tunes, and some previously unreleased original material as well. Requests will definitely be considered!

Tips and donations are not necessary – but any that do come in will be donated to the Midway Food Shelf operated by Keystone Community Services. This food shelf directly serves people in the Midway area of St Paul, which is not only where the Celtic Junction is located but also where Pete and his family live. Due to COVID-19, food insecurity is rampant, and this is a good way to positively impact our neighbors in need.

Pete will will stream his live concert on the CJAC Facebook Page here: https://www.facebook.com/CelticJunction/
Pete will accept donations for the Midway Food Shelf here: PayPal.Me/mccauleymedia/