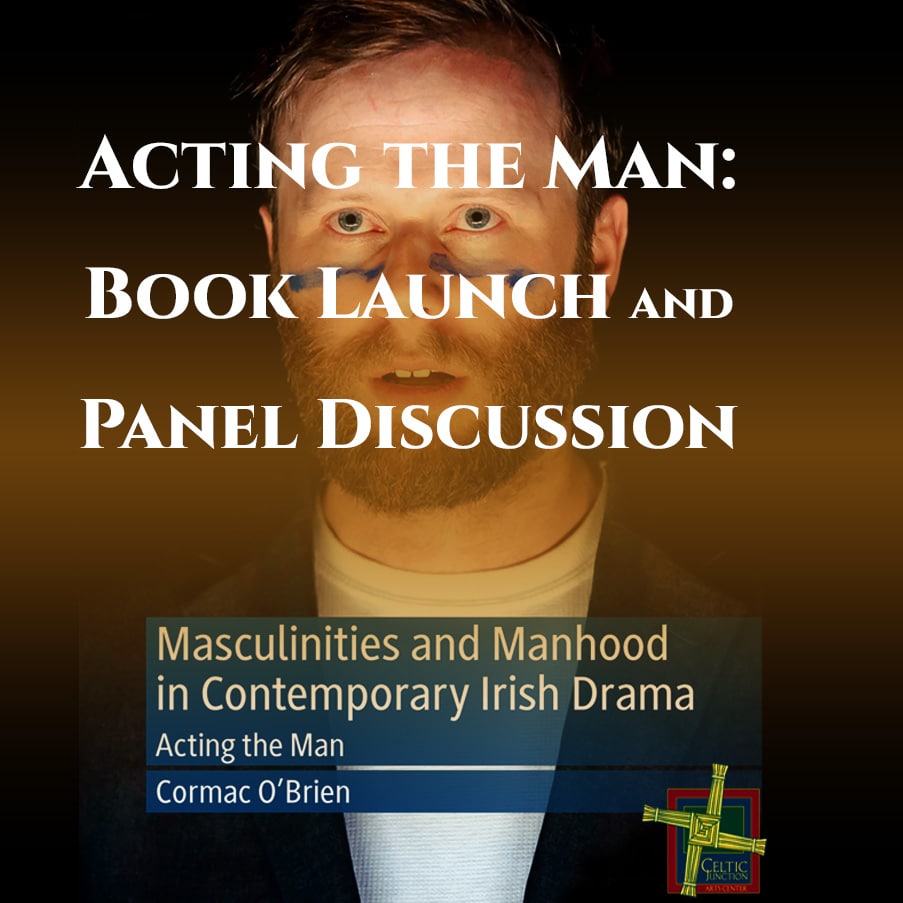 “Why does change in Ireland so often mean different ways of staying the same?”

Cormac O’Brien argues in his new book, Masculinities and Manhood in Contemporary Irish Drama: Acting the Man, that answers to this particular question can be found by examining the ways that representations of Irish manhood have shifted from embodying and enacting post-colonial concerns of nationalism and national identity, to performing models of masculinity that are driven and moulded by the political and cultural practices of neoliberal capitalism.

The US launch of Dr. O’Brien’s book will be held virtually and will take the form of a panel discussion on political economy and gendered performance in a colonized social context that had a national theatre even before it became a nation.  We’ll hear from a wide array of Irish and diaspora perspectives, and, rooted in Cormac’s arguments about masculinities in Irish drama, explore the role of Irish arts and culture both in upholding colonial/neoliberal structures and in creating substantive change.

The discussion will focus on one of the book’s central premises: namely, that hegemonic masculinity should not be viewed as an identity but rather as the principle organizing element around which society and culture are structured. The goal is to engage community discussion around how gender, politics and performance intersect to shape our experience.

Praise for Acting the Man

By analyzing Irish drama and performance from the middle of the twentieth century to the present day, Cormac O’Brien exposes the interplay between representations of masculinity and manhood on the Irish stage and the complex social, political, and economic contexts of our contemporary moment. No concept of Irish manhood, whether forged in twentieth-century nationalism or enmeshed in decades of neoliberalism, evades critical scrutiny. And no patriarchal pillars are left standing by the close of the study as O’Brien sets his sights on illuminating new, non-hegemonic ways of ‘acting the man’. Acting the Man is one of those books that manages the rare feat both of bringing new work into focus, and of transforming plays we thought we knew well.  Plays assumed to be familiar – by writers such as Tom Murphy, Brian Friel, Conor McPherson or Marina Carr – are reconfigured here in a new light.  In short, this is not a book that anyone interested in Irish theatre can afford to ignore.

Special offer / Get 20% off the printed book or eBook!

The event image is taken from the book’s cover picture. The photo is from a monologue show called “The Year of Magical Wanking” written and performed by Neil Watkins, directed by Phillip McMahon, produced by THISISPOPBABY. The photographer is Fiona Morgan. 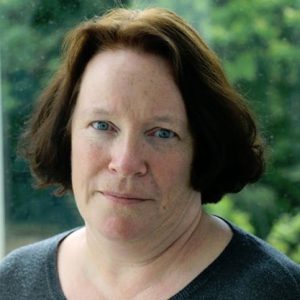 Gerardine Meaney is Professor of Cultural Theory and Director of the Centre for Cultural Analytics in the School of English, Drama, and Film at UCD. She is the author of Gender, Ireland and Cultural Change (Routledge, 2010), Nora (Cork University Press, 2004), (Un)like Subjects: Women, Theory, Fiction (Routledge, 1993, 2012), and a broad range of articles and book chapters on gender and culture. She co-wrote, with Mary O’Dowd and Bernadette Whelan, Reading the Irish Woman: Studies in Cultural Encounters and Exchange, 1714-1960 (Liverpool University Press, 2013) and was one of the major co-editors of the Field Day Anthology of Irish Writing: Women’s Writing and Traditions, volumes 4 and 5 (2002). She was awarded a European Research Council Advanced Investigator award in 2020 for her project on European Migrants and the British Imagination: Victorian and Neo-Victorian Culture (VICTEUR). Previous projects include Nation, Gender and Genre: Social Network Analysis and Fiction, Contagion: Biopolitics and Cultural Memory, and a centenary multimedia exploration of A Portrait of the Artist as a Young Man. She is also a breast cancer survivor. 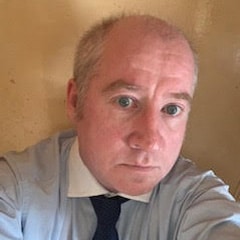 Cormac O’Brien is Assistant Professor of Irish Drama at UCD and a Fulbright Scholar. He researches, teaches, and supervises student work that intersects the fields of drama and literary studies, gender and sexuality studies, and medical humanities. As the first Irish academic to publish on HIV/AIDS in Irish drama and culture he is considered the foundational scholar of HIV and AIDS in Irish literature and culture. Cormac has published widely on masculinities and queer sexualities in Irish theatre and culture, as well as several landmark essays on HIV/AIDS in Irish culture and politics. 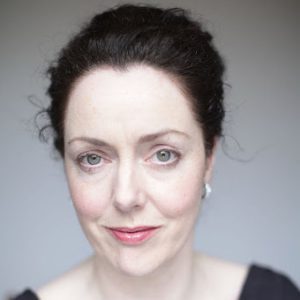 An actor of thirty years standing, primarily performing in theatre, but with a growing interest in the recorded media, Derbhle Crotty has performed on all the major stages in the U.K. and Ireland, including the RNT, West End, Abbey Theatre, Gate Theatre, and Bristol Old Vic. She has twice received the Irish Times Best Actress Award, for Masha in Three Sisters and Henry IV in DruidShakespeare. She is an associate actor at the Royal Shakespeare Company, for whom she has performed Hecuba, Lady Macbeth, and Ophelia, amongst others. Derbhle is also an Ensemble Member at Druid Theatre Company, for whom she played leads in Sive, Druid Shakespeare, and The Cherry Orchard, again amongst others. She has played the classics, the Irish canon, and many new plays by authors such as Marina Carr and Mark O’Rowe. She is currently playing The Video Van Man in Emmet Kirwan’s new play, Straight To Video. 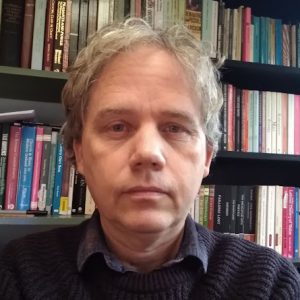 Conor McCabe M.Litt, Ph.D., is a research associate with the Equality Studies Centre in UCD. He has written extensively on the history of Irish capitalism and has produced two books on the topic – Sins of the Father: Tracing the Decisions that Shaped the Irish Economy (2013), and Money (Sireacht: Longings for Another Ireland) (2018). He has also written on Northern Ireland and the neoliberal turn within the Good Friday Agreement: The Double Transition –. The Economic and Political Transition of Peace (2013). His current research interests include the history of finance and tax in Ireland, with particular emphasis on its colonial and neocolonial dynamics, as well as the development of a theoretical understanding of the Irish state and its position within transnational capital. 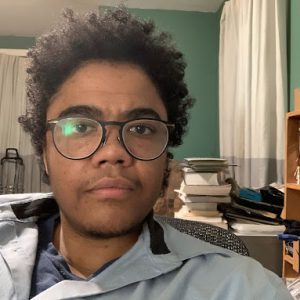 Emmanuel-Sathya Gray was born and raised in Myaamia, Shawnee, Cherokee, and Osage territories, in what is known as the Ohio River Valley. He is a longtime traditional musician and teacher with a particular love of Clare fiddling, having learned from Justin Bridges and James Kelly. Currently, Emmanuel is a graduate student of Community Psychology at the University of Cincinnati. His current research is grounded in the experiences of youth climate justice activists nationally; particularly BIPOC, POC, and LGBTQ+ identifying individuals. His broader interests and investigations include the psychology of decolonisation among both activists and small communities. He is an active supporter of Indigenous land and language reclamation, including Irish, which he is learning through an innovative community-based program called Grounded Connections. 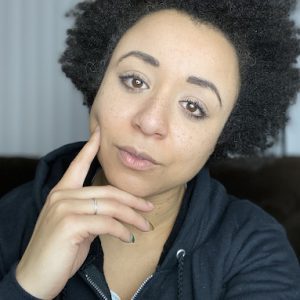 Grace Odumosu is an Irish/Nigerian actor, drama therapist, and creative, born and raised in Dublin, Ireland. Grace holds a BA in acting from the Dublin Institute of Technology and a Master’s degree in Drama Therapy from NUI Maynooth. She emigrated to Chicago in 2014. Grace has an extensive background in theatre, both in Dublin and in the US. For the past four years she has been involved in community work for the Irish diaspora in Chicago. Presently she is managing a youth program for Irish Travellers, enabling them a safe space to explore and learn about their culture. She has also worked extensively with IamIrish, a UK-based international movement which that connects, supports, advocates, and empowers Irish people of Mixed ancestry/multi-ethnicity, and explores perceptions of Colour, Culture, Identity, Heritage, and Irishness. 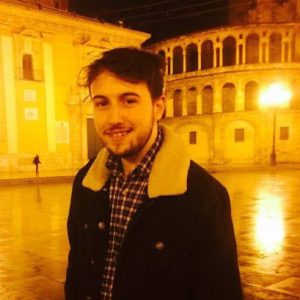 Loic Wright is a Ph.D. candidate in the School of English, Drama, and Film at University College Dublin (UCD). He holds a joint honours bachelor’s degree in English and Spanish and a master’s degree in Anglo-Irish Literature and Culture from UCD. His Ph.D. research interrogates how concepts of masculinity and manhood were measured and promoted in mid-twentieth-century Ireland through the lens of Irish fiction between 1931 and 1965. Taking the formative years of the Irish Free State as an important moment in nation-building and the formation of Irish masculinity, Loic’s research also includes work on wider cultures in mid-century Ireland, including election posters, popular culture, and church/state narratives on what was expected of Irish men and masculinity.  Loic’s research is funded by the Irish Research Council. 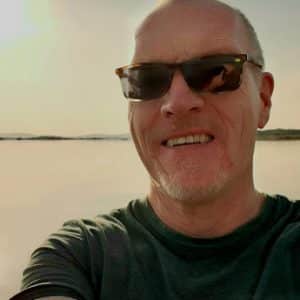 Lillis Ó Laoire is professor of Irish at NUI Galway. He has published widely on Song, Folklore, and Literature, frequently focusing on questions of gender and sexuality. His biography, Bright Star of the West: Joe Heaney, Irish Song Man co-written with Sean Williams, of Evergreen State College, Olympia, Washington, won the Alan Merriam Prize from the Society for Ethnomusicology for best monograph in 2012. Also an award-winning singer, Lillis has performed nationally and internationally over many years and received the TG4 Gradam Ceoil for singer of the year in 2020. Currently co-editor, with Moyra Haslett and Conor Caldwell, of The Oxford Handbook of Irish Song appearing in 2022, he is also editing the field diaries of the folklore collector Seán Ó hEochaidh for publication. A co-edited (with Sorcha Nic Lochlainn) chapter featuring a selection of 19th-century song texts in Irish with translations and commentary will appear in Cnámh agus Smior/Bone and Marrow: An Anthology of Poetry in Irish ed. Brian Ó Conchubhair, from Wake Forest University Press, also in 2022.